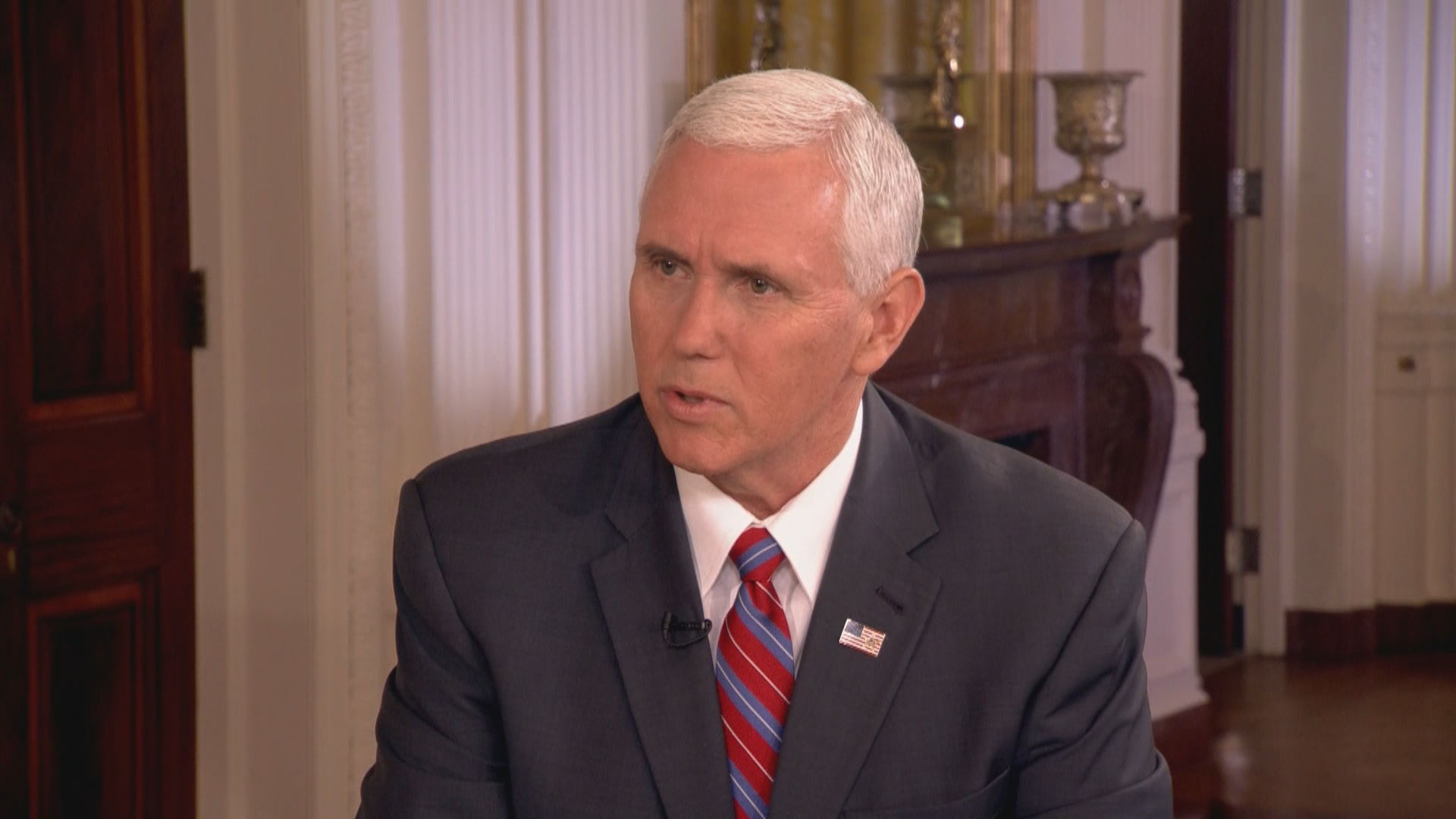 Vice President Mike Pence suggested Monday that President Trump's leadership is forcing China to reconsider its relationship with North Korea, whose nuclear and ballistic missile programs could threaten the U.S. and allies in the region.

"We have word of China turning back coal shipments from North Korea. We have word of them beginning to reduce the amount of commercial travel that exists between North Korea," Pence said in a special broadcast of "CBS This Morning," live from the White House.

Pence said that as Secretary of State Rex Tillerson said last week, "China needs to do more" and the U.S. is calling on its allies in the region to reconsider their diplomatic relations with North Korea. Pence said the administration is calling on neighboring states to reconsider its guest worker programs, which provides an enormous amount of currency to the regime.

They key to pushing Pyongyang to end its nuclear and ballistic missile ambitions, Pence said, involves the U.S. and its allies to impose "economic and diplomatic pressure."

"Now we also made it clear all options are on the table," he warned.

Pence said that Mr. Trump has demonstrated that through military action in Afghanistan and Syria, he has "restored credibility of American power." He said the U.S. is prepared to defend itself and its allies, but they want to work toward a "peaceable solution."

Asked if he knows what North Korea might want in return, Pence said, "I don't think we do at this point...we continue to see one provocation after another."

During the interview, Pence also applauded the government spending deal reached by bipartisan negotiators on Sunday that Congress is expected to vote on by Friday night.

"It'll avert a government shutdown, but more important than that, there's going to be significant increases in military spending," he said, adding that it also includes funding for border security.

He called it a "bipartisan win" for the American people.