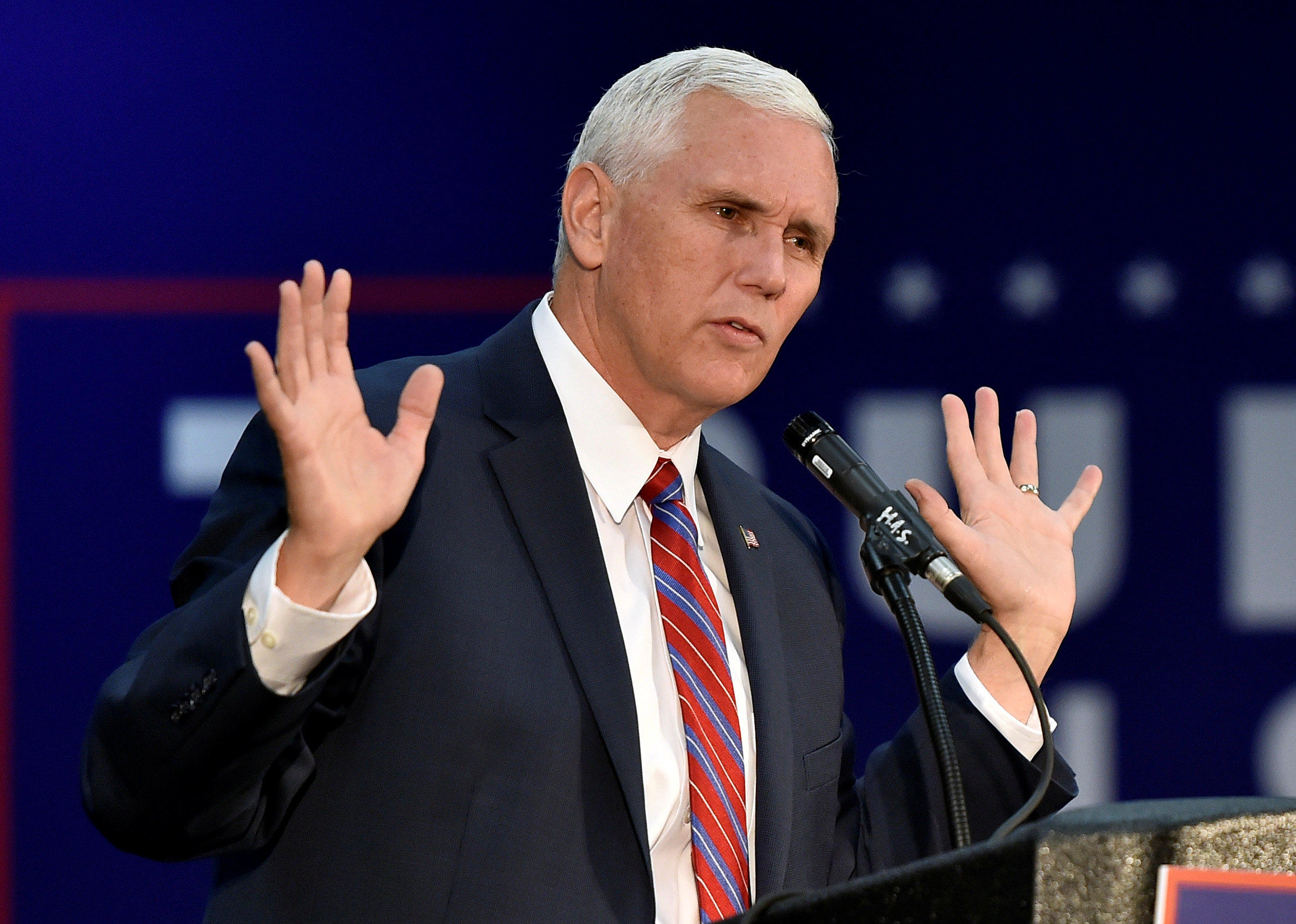 “I believe Barack Obama was born in Hawaii, I accept his birthplace,” Pence told reporters aboard his campaign plane in San Diego, before adding, “I just don’t know where he’s coming from on foreign policy and on economics and on Obamacare.”

The Indiana governor declined to answer whether he believed running mate Donald Trump, who before running for president championed birther accusations in 2011, should apologize. Trump recently told Fox News’ Bill O’Reilly that he no longer talks about the issue, but that it may have hurt his prospects among African American voters.

Pence said, “I think Donald Trump’s record both as a businessman and as a political leader and as a patron in supporting minority efforts and particularly supporting the advancement of the African American community really speaks for itself.”

Pence is in California for finance events across the state in San Diego and in the Los Angeles area on Wednesday and will deliver a speech at the Reagan Presidential Library on Thursday. Before giving that speech he will visit the gravesite of the President and First Lady Nancy Reagan. Pence credits the 40th President with his conversion from a young Democrat, which he was while growing up, to a conservative.

With his daughter Charlotte at his side, Pence spent much of the four hour long flight from Indianapolis to San Diego on Wednesday working on that  speech which he told reporters will draw comparisons and similarities between Trump and Reagan.

“I’ve had a chance to get to know Donald Trump on a personal level and I’m looking forward to drawing a clear picture of where I think they have some common vision and common characteristics,” he said.

When asked whether Trump believed in Reagan’s oft-cited 11th Commandment admonishing Republicans not to speak ill of their fellow Republicans given Trump’s latest jab at Arizona Senator Jeff Flake, , Pence replied, “I think that Donald Trump was a tough competitor in primaries and I think its fair to say in his contest president Gerald Ford in 1976 there were many disagreements that they had and Reagan was willing to draw a bright line and draw those contrasts.”