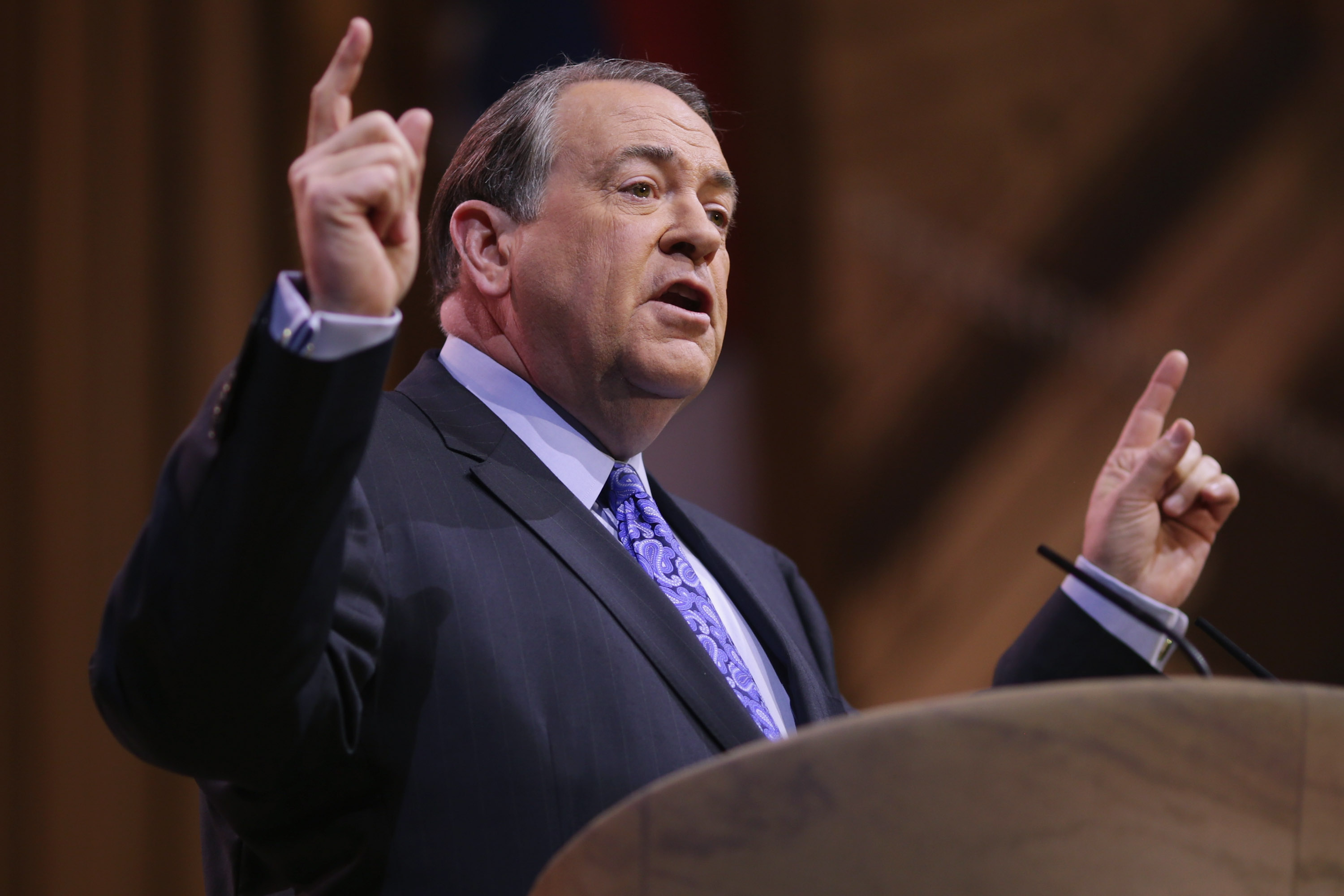 Former Gov. Mike Huckabee, R-Ark., was preaching to the faithful on Wednesday night, urging a gathering of anti-abortion conservatives to hold fast to their beliefs despite some Republicans urging the party to downplay social conservatism.

Huckabee, a former Baptist minister whose breakout performance in the 2008 presidential race was powered by strong support on the religious right, was addressing a Washington gala sponsored by the Susan B. Anthony List, an anti-abortion outfit.

"This is not an issue that we should abandon," he said, according to The Hill newspaper. "I have a moral obligation before God and a political obligation unto the Declaration of Independence and our constitutional form of government to believe that that life is a life worth living and a life worth protecting. We can run the full gambit of what we believe, we don't have to reduce down to one flavor. That's not how we lose an election. That's how we win elections and it's how we save this republic."

Huckabee described himself as a "full spectrum conservative," telling the audience that Republicans don't have to jettison social issues as they continue to talk about fiscal policy and national security.

"I don't have to quit being pro-life and pro-family to believe that the government should take less money from each family," he said. "I did not become pro-life because I got into politics. I got into politics because as a pro-life person I believe if we get this issue wrong we will get all the other issues wrong."

Huckabee also warned that a permissive attitude toward abortion could be teaching a new generation the wrong lessons, saying the reasons frequently cited for terminating a pregnancy could as easily be used to justify killing old people.

"If we teach the generation coming after us that it's okay to terminate a human life because it represents a financial hardship or social disruption, what are we telling them?" Huckabee asked, according to Politico.

"We've already given them the full capability to take us out," he joked. "Now, I'm not going to make it that easy for my children to get rid of me."

Huckabee has publicly entertained the idea of another presidential bid in 2016. If he runs, he'll have to bank on a strong showing among social conservatives, particularly in the first-in-the-nation Iowa caucuses, where his victory in 2008 briefly catapulted his bid to the fore of the race.