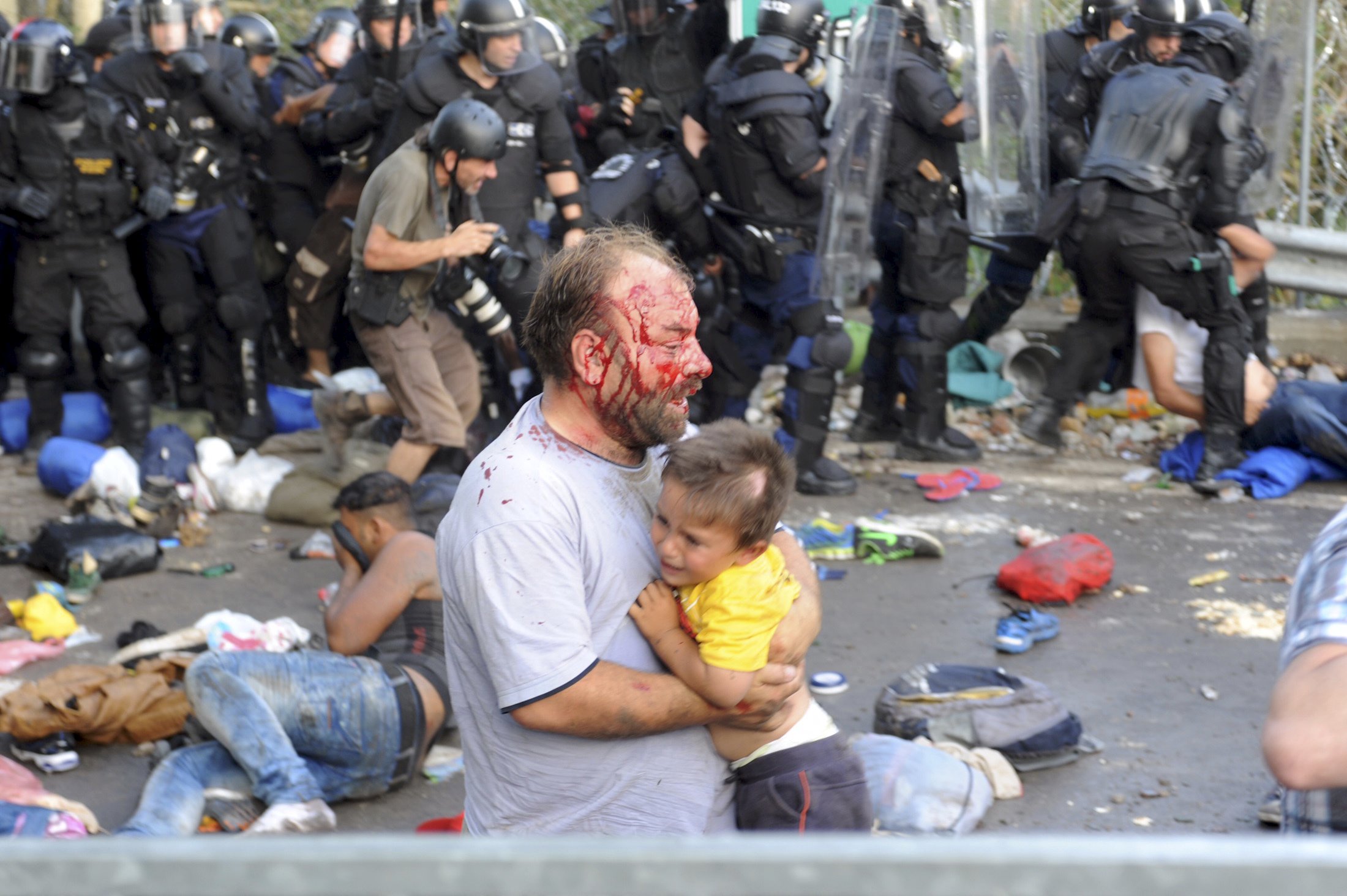 HORGOS, Serbia -- The trouble started when a group of young men began pushing against gates in a fence that stands between them, and thousands of others, and Hungarian soil.

They were protesting, demanding they be allowed to cross into the country and continue their long, difficult journey to Europe's wealthy corners.

Hungarian riot police charged into the crowds of migrants in the street in front of the gate. They began beating migrants with billy-clubs.

Families, terrified women and children scrambled, struggling to get out of the way.

The police then deluge them with tear gas. A worried mother sought help for her baby, its eyes swollen from the tear gas, struggling to breathe.

A doctor at the scene told D'Agata the child would be okay; "just need rest, medication and oxygen, then all will be fine."

The Hungarian police have accused the migrants at Horgos of using children as human shields, but D'Agata says the street where the clashes erupted has been packed for days with families camping out in the cold, in plain view, and the police knew that when they came charging in.

Serbia's border with Hungary remained quiet Thursday after the clashes, as thousands of migrants poured into Croatia, opting for a new, much longer but likely safer route to Western Europe.