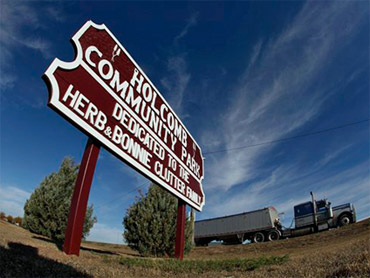 The overwhelming majority of what are treated as sinus headaches are actually migraine headaches, according to a recent study conducted by The Headache Care Center in Springfield, Mo.

Dr. Larry Newman, Director of The Headache Institute at St. Luke's Roosevelt Hospital in New York City, visited The Early Show to explain why the misdiagnosis occurs and how to avoid it.

The headache may be misidentified because many physicians have been trained to think of a migraine as a one-sided headache. But, Newman says, that restriction isn't true. It's not uncommon for both sides of the head (i.e. forehead or cheek) to have pain with a migraine. But many doctors may automatically assume it's a sinus headache instead.

Patients who don't see a doctor may also be confused, based on what they've learned in the media. Some may misunderstand television, newspapers and commercial messages and incorrectly believe they are suffering from sinus headaches, says Newman.

When the weather changes, many people are victims of migraines. In fact, 70 percent of migraine sufferers get a migraine as the barometric pressure falls before it rains.

Newman says it's not uncommon for a migraine to be associated with a stuffed nose or a runny nose. He explains that once a patient gets pain in the face along with a congested or runny nose, they may tell their doctor they have a sinus headache. The doctor will then put them on an antibiotic, and it will go away in a day or so. A real sinus headache, however, takes longer than a day to subside.

Patients sometimes take an over-the-counter medication that will help relieve their headache. When it works, they may think it must have been a sinus headache. In actuality, says Newman, the medication shrinks the swollen vessels in migraine headaches, so it's really a migraine they're treating incorrectly.

A migraine headache has a discharge from the nose that is clear and it isn't accompanied by a fever. A sinus headache can make a person really sick. A fever may develop and green or yellow discharge can be seen during a sinus headache. And it won't go away quickly, like a migraine can.

Here are some symptoms for both types of headaches:

Newman says those suffering from headaches should not describe their symptoms over the phone, and should instead go see a doctor in person. Also, if a recurring headache occurs, it is most likely migraines.

Migraine therapies are divided into acute and preventative. Newman says some of the best drugs to prevent migraines are IMITREX, MAXALT and Zomic.

In order to have proof a true sinus headache, you need an MRI or CAT scan to prove a sinus infection. Antibiotics can be given to help get rid of it in three or four days.