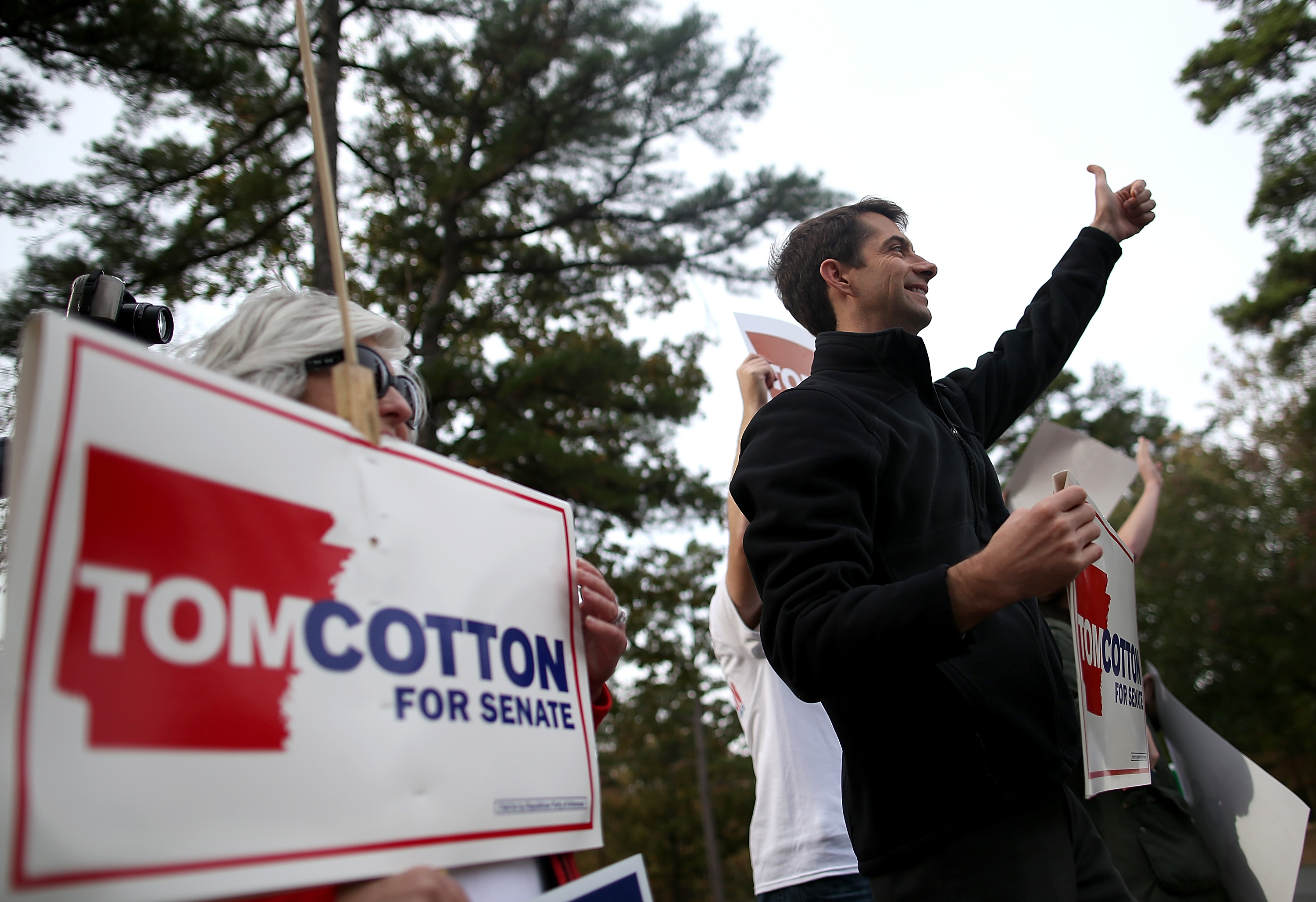 Did Arkansas Senator Mark Pryor go down for the same reasons Blanche Lincoln did four years ago?

That's why Tom Cotton spent so much time talking about Barack Obama in this race. In one debate, Cotton mentioned Obama's name 74 times in 90 minutes. Feelings about the Affordable Care Act in Arkansas are also roughly the same as they were four years ago. In 2010, voters were asked "what should Congress do with new health care law" and 55 percent said repeal. Those voters overwhelmingly went for Lincoln's opponent John Boozman, 82 percent to 11 percent.

When voters were asked again this year "what should Congress do with new health care law," 55 percent said it should be repealed. Of those voters, only 18 percent voted for Pryor, while 80 percent voted for Cotton.