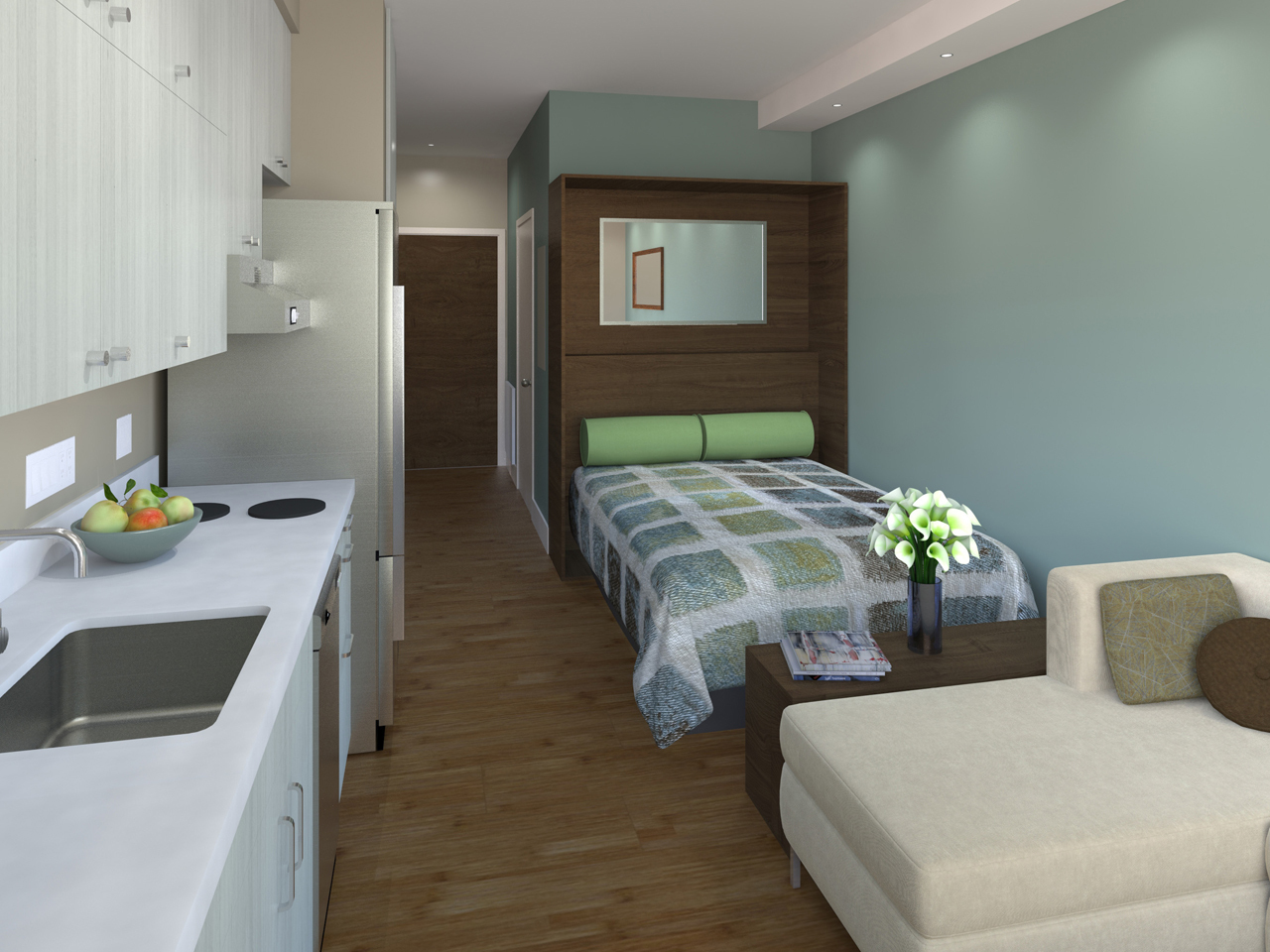 Supervisors are set to vote Tuesday on a proposed change to the city's building code that would allow construction of among the tiniest apartments in the country.

Under the plan, new apartments could be as small as 220 square feet (a little more than double the size of some prison cells), including a kitchen, bathroom and closet, the Los Angeles Times reports.

Current regulations require the living room alone to be that size.

Schematics for 300-square-foot units planned for San Francisco's South of Market neighborhood include window seats that turn into spare beds and beds that turn into tables.

Proponents say the smaller apartments would provide a cheaper option for the city's many single residents, who have been priced out of the rental market as the region experiences a resurgent technology industry.

San Francisco apartments rented for an average of $2,734 in June, up 13 percent from a year ago, according to the research firm, RealFacts.

The micro-units, in contrast, are expected to rent for $1,200 to $1,500 a month, San Francisco Supervisor Scott Wiener told the Los Angeles Times. Wiener drafted the legislation for the smaller apartments.

It allows them to accommodate up to two people and requires an additional 100 square feet of space for each occupant above that number.

"Although in our fantasy world, everyone would live in a single-family home or a huge spacious flat, the reality of life is that not everyone can afford that," Wiener said.

But critics counter that the units wouldn't help families and could boost population density, straining public transit and other city services.

"This has to be a pilot project and allow for further study before we end up like Singapore," said Sara Shortt, executive director of the tenants' rights group, Human Rights Committee of San Francisco.