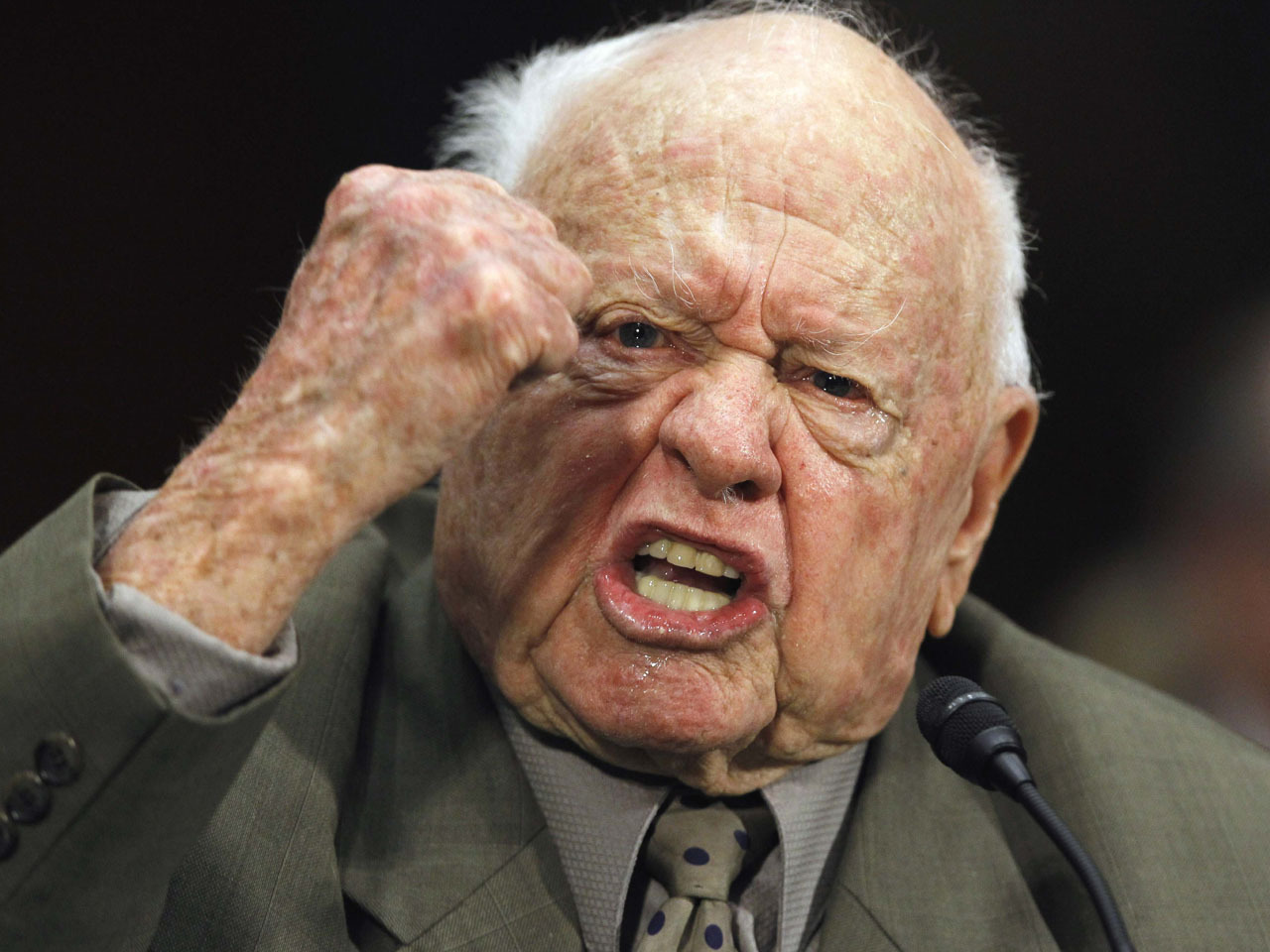 Mickey Rooney, who began as a child star and acted in more than 200 movies gave an emotional testimony before a senate panel on elder abuse, reports CBS News radio correspondent Bob Fuss.

"When a man feels helpless, it is terrible. And I was helpless," Mickey Rooney said. "For years I suffered silently, unable to muster the courage to seek the help I knew I needed."

CBS News correspondent Nancy Cordes reports that Rooney, 90, charged two of his step-children with taking his money, denying him his medication and withholding food. Rooney says his step-children had bullied and threatened him, making him "effectively a prisoner in his home."

"I'm asking you to stop this elderly abuse," Rooney said. "I mean stop it now. Not tomorrow, not next month, but now."

Rooney told senators that if it can happen to him, it can happen to anyone. Other witnesses told the panel that, sadly, it happens a lot. Some put the percentage of elderly who are abused at around 11 percent, but it is impossible to know for sure as it is under-reported.

Earlier, a Los Angeles judge extended a restraining order Mickey Rooney obtained against his stepson through April, but said the actor must appear if he wants continued protection.

The judge ordered Christopher Aber to stay away from the veteran Hollywood actor until a hearing scheduled for April 5.

A conservatorship has been established to protect the Oscar-nominated actor's money, which he claims have been mismanaged by Aber. Rooney has also accused his stepson of preventing him from leaving his home and verbally threatening him.

Rooney has been married eight times, and the stepson in question is the child of his current wife. The actor has also struggled with a drug addiciton and a gambling habit that drove him to bankruptcy. He is accusing Aber of trying to take what is left.
View CBS News In
CBS News App Open
Chrome Safari Continue