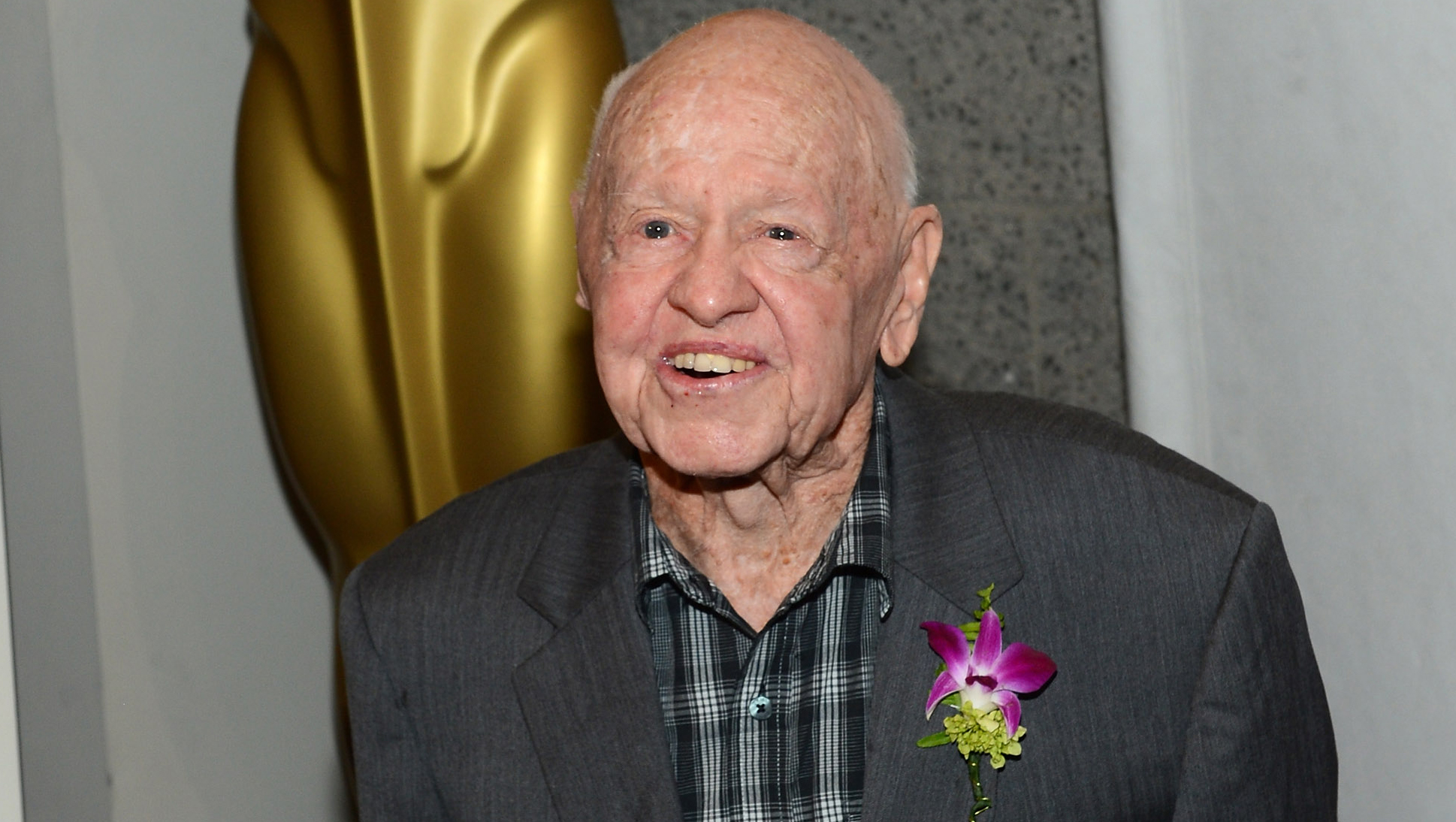 When it came down to it, Rooney knew how to fix anything: He put on a show for nearly nine decades as an entertainer -- sometimes a ham, sometimes a 5-foot-3-inch smart aleck.

But there was no one bigger at the box office in the late '30s. He was so popular that Rooney himself declared that Walt Disney named a certain cartoon mouse after him. Just as famous as his films were his marriages -- eight of them, including sex siren Ava Gardner. He and his most recent wife, Jan Chamberlin, separated in June 2012.

"I've been married so many times, I'm the only guy you know that has a marriage license made out 'to whom it may concern,'" Rooney once said.

Rooney was born Joesph Yule Jr. to vaudeville parents; he started in silent films at the age of 6. Talkies followed, including a 20-year-run playing an all-American boy-next-door named Andy Hardy, whose first obsession was an all-American girl-next-door Judy Garland, including "Babes in Arms" (1939), "Strike up the Band" (1940), "Babes on Broadway" (1941) and "Girl Crazy" (1943). They went on to star together in other musicals as well. Call it chemistry, call it movie magic. Together, they were unstoppable.

Rooney did drama, too. His first serious role was the troubled youngster to Spencer Tracy's patient priest in "Boys Town" -- a film that earned him the first of his two honorary Oscars. He also played opposite Elizabeth Taylor in "National Velvet" and with Anthony Quinn in "Requiem for a Heavyweight."

When others were ready to write him off, he teamed with dancer Ann Miller in "Sugar Babies," an old-fashioned burlesque review that ran for years on Broadway and on tour. At the same time, he earned an Emmy for his role as a mentally-challenged man in the 1981 TV film, "Bill."

Younger audiences probably know him from "A Night at the Museum" (2006) and "The Muppets" (2011) with Amy Adams and Jason Segel.

"There's no work to this. This is all fun," he once said. "This is where I come alive. It's entirely fun, exhilarating. It gives you energy, enthusiasm."

But his life was a roller-coaster. Rooney owed millions to the IRS, and came back, battled the bottle, and found religion.

In 2011, he went before a Congressional committee investigating elder abuse, and complained he was being taken advantage of by his stepson, Christopher Aber and Aber's wife.

His stepson denied the accusation, but Rooney had star power to his advantage, as he took to a national stage one last time. He was active as recently as this year, stepping out for the Vanity Fair Oscars party in March.

Rooney is survived by nine children.