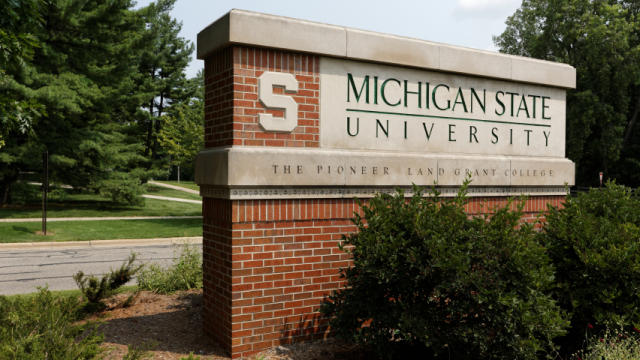 EAST LANSING, Mich. -- The women’s gymnastics coach at Michigan State University was suspended Monday, two weeks after she was accused in a lawsuit of downplaying complaints about sexual abuse by a sports doctor.

University spokesman Jason Cody confirmed Kathie Klages’ suspension but offered no details and didn’t say whether it was related to Dr. Larry Nassar.

Nassar is a former Michigan State doctor who is being sued by more than two dozen women and girls who allege he molested them during treatments. He also worked for Indianapolis-based USA Gymnastics, which trains Olympians.

Klages, who has been Michigan State coach for nearly 30 years, isn’t being sued. But in a recent court filing, one woman said she diminished her concerns in 1997 or 1998. The woman said Klages was her coach when she was a teenager in a Michigan State youth program.

“Klages explained that she had known Nassar for years and could not imagine him doing anything questionable,” the court filing states.

Klages warned that a formal complaint “would have serious consequences” for the teen and Nassar, according to the document.

The teen said she was embarrassed and scared after talking to Klages. She said she was molested by Nassar that same day when she saw him for back pain.

“It’s good to see the university is taking some steps in the right direction,” said attorney Jamie White, who is suing Nassar and Michigan State on behalf of a current athlete. “But they have a long way to go.”

Nassar has denied abuse allegations. Aside from civil lawsuits in Michigan and elsewhere, he’s criminally charged with assaulting a girl at his Lansing-area home and possessing child pornography. He’s in jail without bond. Michigan State fired Nassar in September.

Meanwhile, athletic director Mark Hollis canceled a trip to watch men’s basketball games as chairman of the NCAA Tournament selection committee. Three football players were suspended from team activities last week after a sexual assault complaint was filed against them. Police are investigating.