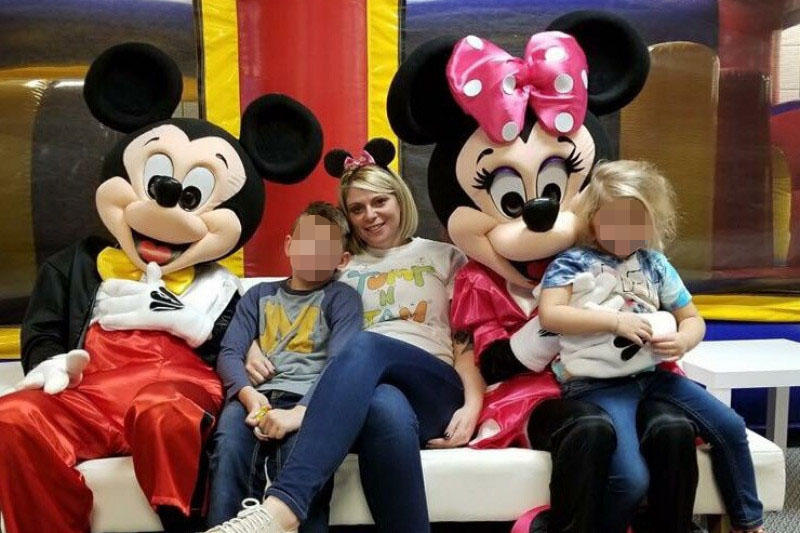 MARYSVILLE, Mich. -- Authorities have released the name of a man who shot his wife at a busy indoor play center in Michigan, then killed himself at their home.

Police say 32-year-old Cheryl Myny was shot Saturday at Jump N Jam in Marysville, a business she owned, and died at a hospital. Investigators say 34-year-old Matthew Pilarowski was found dead from an apparent self-inflicted gunshot wound at their home in nearby St. Clair County's Kimball Township.

MLive reports the incident unfolded in front of the couple's 4-year-old daughter and Myny's 9-year-old son from a previous relationship. Dozens of other children and adults were in the business about 50 miles northeast of Detroit, reportedly celebrating a birthday party at the time.

"I think that's what bothers me most is that someone would do that in front of their own child," Buckmaster told MLive.

Buckmaster told MLive the couple, who were married in April, had been arguing earlier in the parking lot of the business earlier that day. Police said the victim was planning on moving out of their home. Police are describing the killing as domestic violence.

A GoFundMe account set up to support family members who are taking in the two children describes Myny as a loving mom with a "zest for life and a sweet, giggly demeanor." The fundraising page said Myny had recently opened the play center, Jump N Jam, and "worked extremely hard to provide a fun place for the local kids."

"Saturday, November 11, her life was suddenly taken when she was killed at her place of business that she loved so much," the GoFundMe page says. "... this left her children without both of their parents."