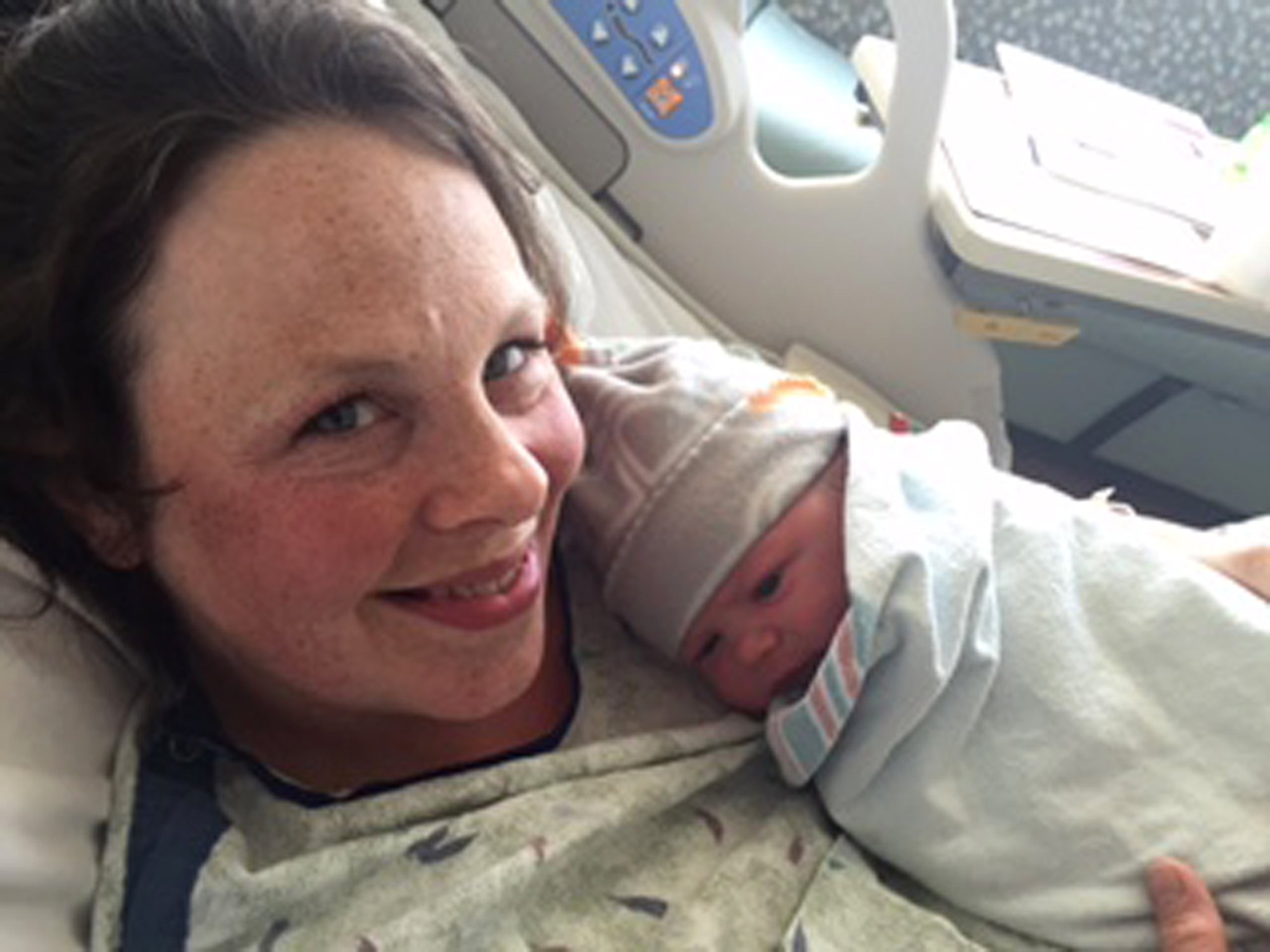 ROCKFORD, Mich. -- A Michigan couple who already had 12 sons kept the all-male streak alive with the birth of boy No. 13.

Jay Schwandt said his wife Kateri gave birth to a son on Wednesday morning, four days after her due date.

The couple had said they were sticking to the tradition of not knowing the baby's sex ahead of time.

"Ok, so the boys know now!" the 40-year-old father said in a post on Facebook. "It's a BOY! Now we need to choose a name! BLESSED beyond belief!"

Thirteen-time mom Kateri Schwandt, also 40, has a lot of experience with large families, being one of 14 children herself.

Before the new baby arrived, she told The Grand Rapids Press she didn't care whether it was a boy or a girl.

Her husband, however, admitted that having a daughter might be a nice change of pace. "My thoughts are it's probably going to be a boy," he told the paper. "But if I could put my order in, I would root for a girl.

"I've done all the boy stuff. I'd just like to experience it from the other side once." The couple's 12 older boys range in age from almost 2 to 22 years old.

A genetics counselor calculated the odds of giving birth to 12 boys in a row as .02 percent, according to The Grand Rapids Press.