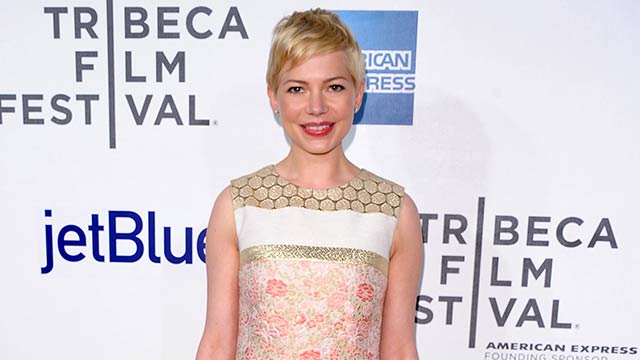 Though Michelle Williams has now long been associated with her beloved blonde pixie cut -- which she once said was a tribute to the late Heath Ledger -- the "Oz the Great and Powerful" actress says she's now "ready" to sport long locks again.

In a memorable quote, Williams admitted to British Elle in 2011 that Ledger loved the polarizing cut. "I cut it for the one straight man who has ever liked short hair and I wear it in memorial of somebody who really loved it," she said.

But perhaps another reason she's kept her hair short for so long?

"The mid-stage is insufferable," she admits. "It's really hard on your self-esteem."

But Williams still has a sense of humor about her buzzed-about 'do, which she's said only gay men and her girlfriends appreciate.

"I'm really happy to not have anything looming -- except my hair," Williams jokes about taking a break from acting. "I'm really working on my hair growing out."