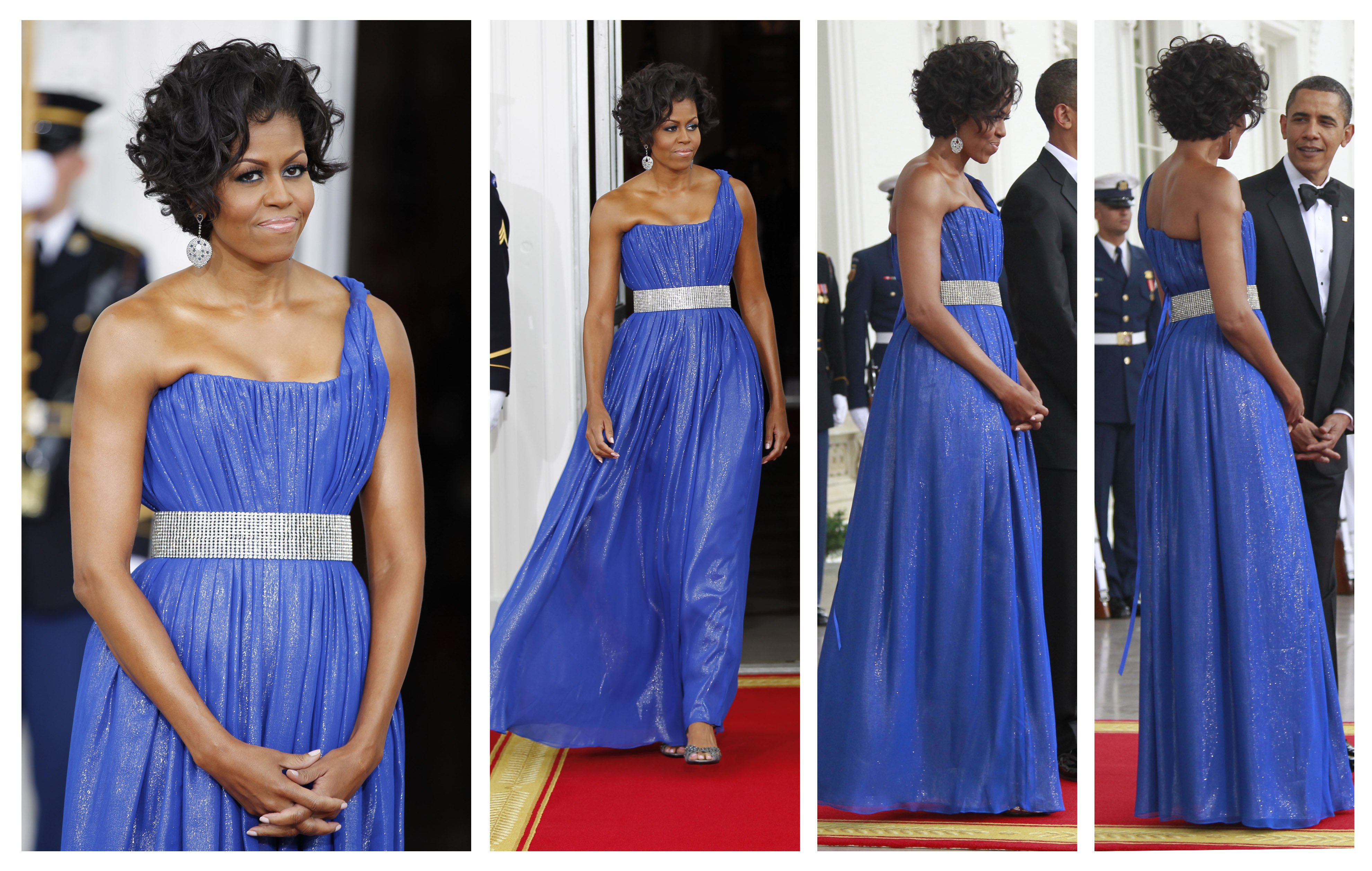 The one-shoulder gown in electric blue featured a corseted top and yards of shimmery chiffon in the skirt, cinched with a silver belt. Mrs.Obama has worn several other designs by Peter Soronen since she has been in the White House, among them a gown for the Kennedy Center Honors in December.

At her first state dinner in November, held for India's Prime Minister Manmohan Singh and his wife, Mrs. Obama wore a strapless gown and matching shawl by Indian-American designer Naeem Khan. Its color was described by the designer as nude, a hot new set of shades in the high-fashion palette.