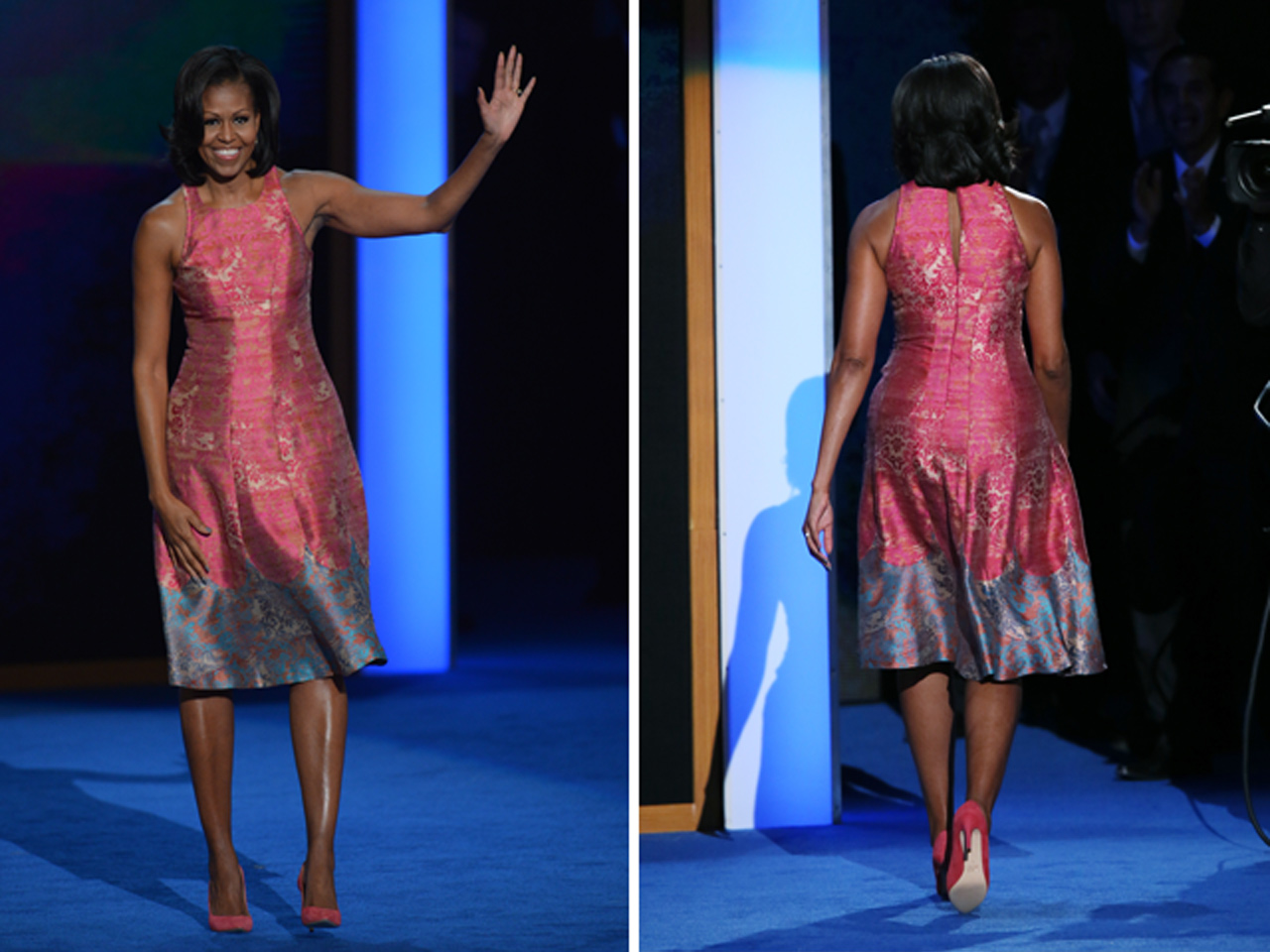 (CBS News) Michelle Obama is not only earning rave reviews for her speech at the Democratic National Convention on Tuesday night, but the first lady is also being praised for her sartorial choices.

Reese, an African-American designer known for her feminine silhouettes and use of bright colors, took to Twitter to express how she felt.

While the first lady's dress was one-of-a-kind, her shoes weren't. They currently are available on the J. Crew website - she wore them in rhubarb - retailing for $245.

Another piece of Mrs. Obama's outfit that became a topic of Twitter conversation? Her nails. The first lady was sporting a purplish gray manicure, but there is still no word on the specific brand or color.

Tell us: What did you think of Mrs. Obama's look?