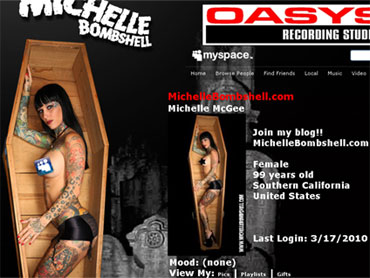 While Sandra Bullock was filming the Oscar-winning film "The Blind Side," her husband, bad boy Jesse James, was busy having a blindingly hot sexual affair with tattoo queen Michelle Bombshell McGee, according to an interview with In Touch Magazine.

"We had intimate relations" two or three times the first night, said McGee, who claimed she and the Monster Garage star had a torrid sexual romance for five weeks which included daily texting.

She even claimed to have a pet name for James - "Vanilla Gorilla" - because of his physical gifts.

More at In Touch Weekly