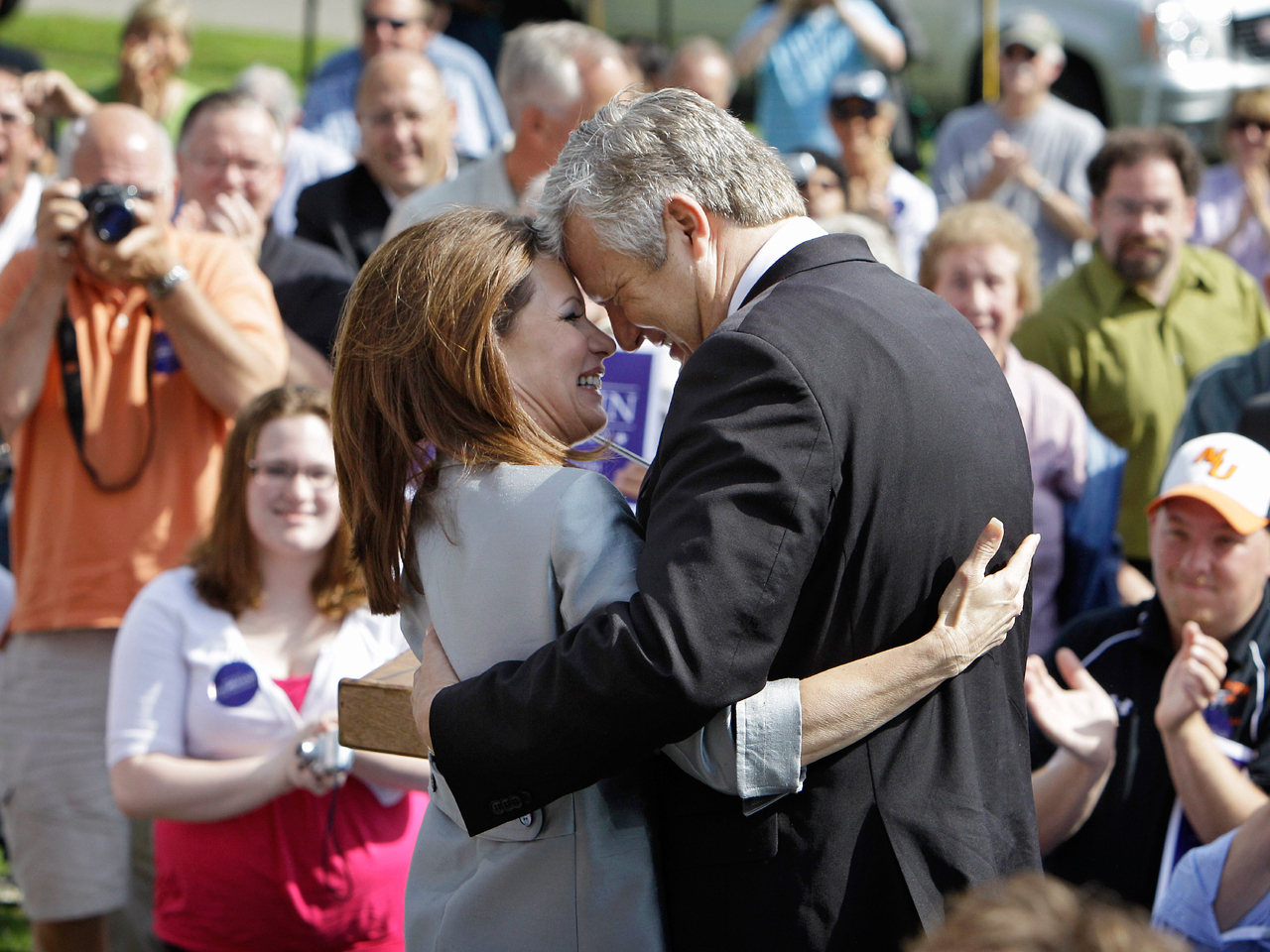 Marcus Bachmann, the husband of GOP presidential candidate Rep. Michele Bachmann, acknowledged in an interview with the Star Tribune Thursday that his Christian counseling clinic engages in therapy seeking to turn gay people straight. But he said such therapy is only offered when a patient requests it, and that it is not the clinic's focus.

"We don't have an agenda or a philosophy of trying to change someone," he told the newspaper.

Bachmann's comments come following claims by patients who visited the clinic, Bachmann & Associates, that counselors tried to convert them from gay to straight. One man, posing as a patient seeking to be converted to straight, brought a hidden camera into a session at the clinic and recorded a counselor saying "God has created you for heterosexuality." (The counselor added that "God designed our eyes to be attracted to the woman's body, to be attracted to everything, to be attracted to her breasts.") Conversion therapy is opposed by the American Psychiatric Association and the American Medical Association and been called ineffective and harmful.

Marcus Bachmann told the Star Tribune that the man who recorded the hidden camera footage "specifically asked for help" to become straight, adding that pursuing conversion therapy is "at the client's discretion."

He also addressed an audio recording in which he appears to describe gay people as "barbarians"who need to be "educated" and "disciplined," suggesting the recording was doctored. He said the notion that he "ever called a homosexual a barbarian" is a "myth."

You can listen to the audio, as posted online, at left. The relevant section begins around the 2:45 mark. In addition to the barbarian comments - which Bachmann says was in reference to children in general, not homosexuals - he is heard saying, "just because someone feels it or think it, doesn't mean we're supposed to go down that road. That's what's called the sinful nature. And we have a responsibility as parents and as authority figures not to encourage such thoughts and feelings from moving into the action steps."

The blogger who posted the audio, Ken Avidor, told New York Magazine, "Flat out, I didn't doctor a damn thing." He said he linked to the original podcast of the interview, which has since been taken down, and called on Bachmann to "call up his friends" at the radio station to get the interview released to settle the issue.

Michele Bachmann has largely refused to discuss issues of homosexualitysince becoming a presidential candidate despite the fact that she has previously put her opposition to same-sex marriage front and center. In a 2004 speech, she described those "involved in the gay and lesbian lifestyle" as stuck in "personal bondage, personal despair and personal enslavement," adding that nearly all gay people were abused at one point in their lives. She also claimed that there is no evidence that homosexuality "is an immutable physical characteristic."