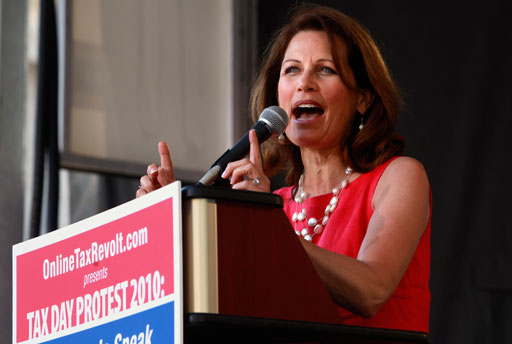 House Republicans have wrapped up one election, but they're getting started on another right away.

It's not the 2012 race but rather the GOP House leadership elections, which will be held later this month when Congress returns for its lame duck session.

It is expected that John Boehner (R-OH) will be elected the next Speaker of the House. Eric Cantor (R-VA) officially announced he's running for majority leader and Kevin McCarthy (R-CA) put out a statement declaring his bid for Republican whip.

But the fourth slot in Republican leadership, the GOP conference chair, may turn out to be the most contested and most intriguing. Rep. Jeb Hensarling, a staunch fiscal conservative from Texas, threw his hat in the ring nearly first thing this morning. And aides to Rep. Michele Bachmann (R-MN) confirm that the two-term Republican is going to make a run at GOP leadership when Congress returns and hold leadership elections later this month.

Hensarling, who already has the endorsement of Cantor, has the conservative credentials to lead this incoming group of Republicans. Bachmann has the same fiscal views, however - and she has the Tea Party. Bachmann founded the House Tea Party Caucus and regularly speaks to enthusiastic fans at Tea Party rallies. As a woman, Bachmann would also add a bit of diversity to the male dominated top of the House GOP leadership team.

The conference chair is responsible for unifying and managing the party and working with members to put forward a clear message.

The position is open after the current GOP conference chair Mike Pence announced today that he will not run for leadership this time around.

"I have come to realize that it may not be possible to complete an entire term as Conference Chairman," Pence wrote to his colleagues, saying he and his family are looking to how to serve Indiana in the future. "As such, I think it would be more appropriate for me to step aside now, especially since there are other talented men and women in our Conference who could do the job just as well or better."

Pence's move adds to the buzz on Capitol Hill that he could be eyeing a Presidential or Indiana gubernatorial bid.

Jill Jackson is a CBS News senior political producer. You can read more of her posts in Hotsheet here. You can also follow her on Twitter.