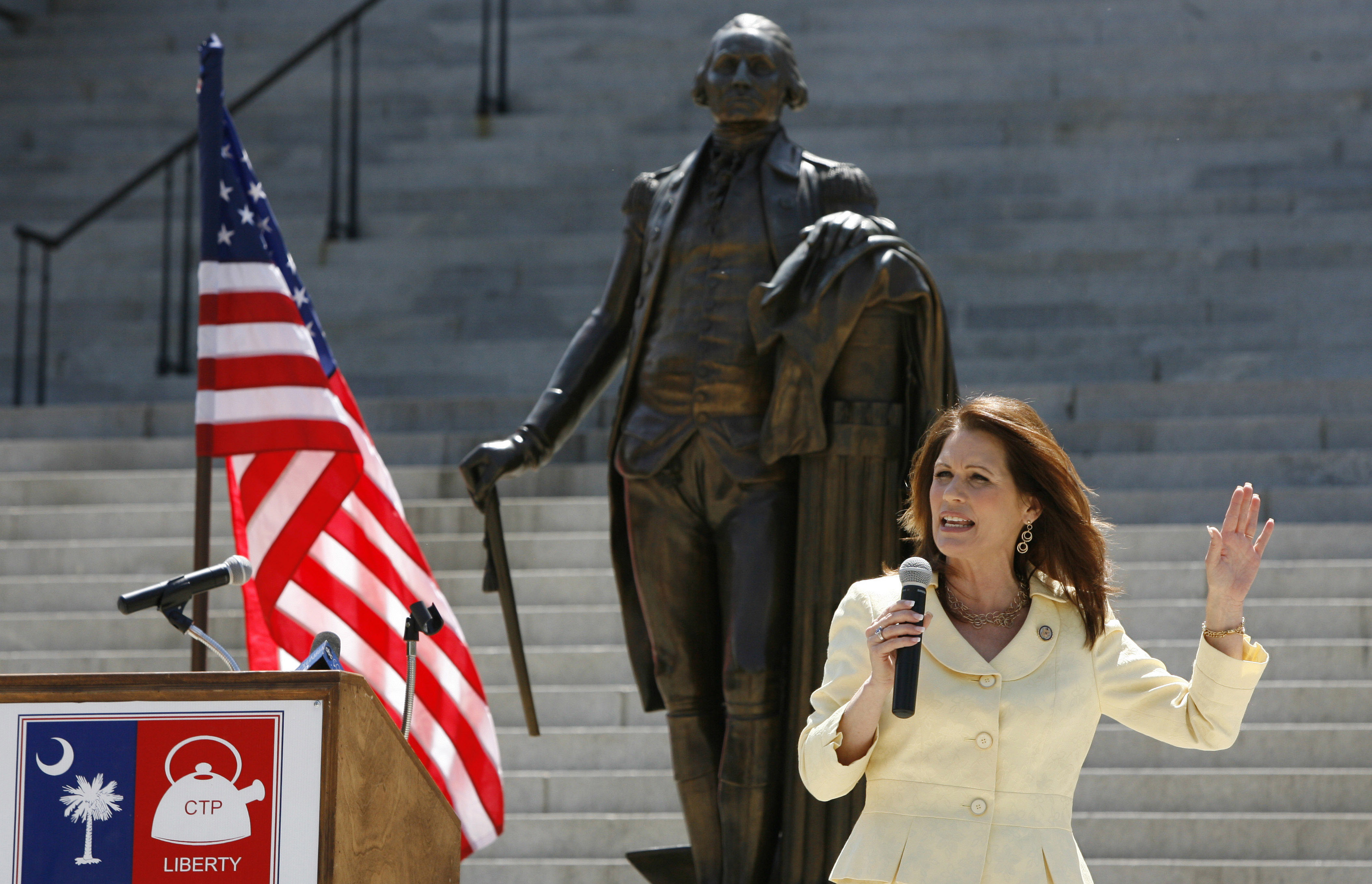 The potential 2012 presidential candidate with the most to lose if Sarah Palin throws her hat into the Republican presidential primary is Rep. Michele Bachmann (R-Minn.).

The two women appeal to both fiscal and social conservatives. Both are beloved by the Tea Party. And they would be strong contenders individually to win in the Iowa Caucuses and South Carolina primary.

But Bachmann, who is at the beginning of her third term in the House of Representatives, would have to compete with Palin's massive star power, national name recognition and fundraising ability. Which raises the question, would Bachmann even bother to run if Sarah Palin joins the race to compete against President Obama?

In light of recent news reports that Palin is considering a run for the White House, CBS News asked Bachmann that question today just off the House floor.

"My decision won't be dependent on the governor's decision or on anyone else's decision" Bachmann said.

Bachmann would not say whether a Palin candidacy would make winning the nomination more challenging for her. She said, ultimately, the decision will be up to the voters and that it's still going to be a while before the GOP field is set.

Referring to Palin, Bachmann said, "I have a lot of respect for the governor and for all of the candidates and so we don't know how long it will be -- people will continue to jump in the race - it could still be this fall. We don't know."

When asked whether she had spoken to Palin herself, Bachmann said she would love to, but "I don't have her cell phone number."

Bachmann is expected to announce her plans to run for President next month, but is campaigning in Iowa tomorrow night and working to raise money for her candidacy online.