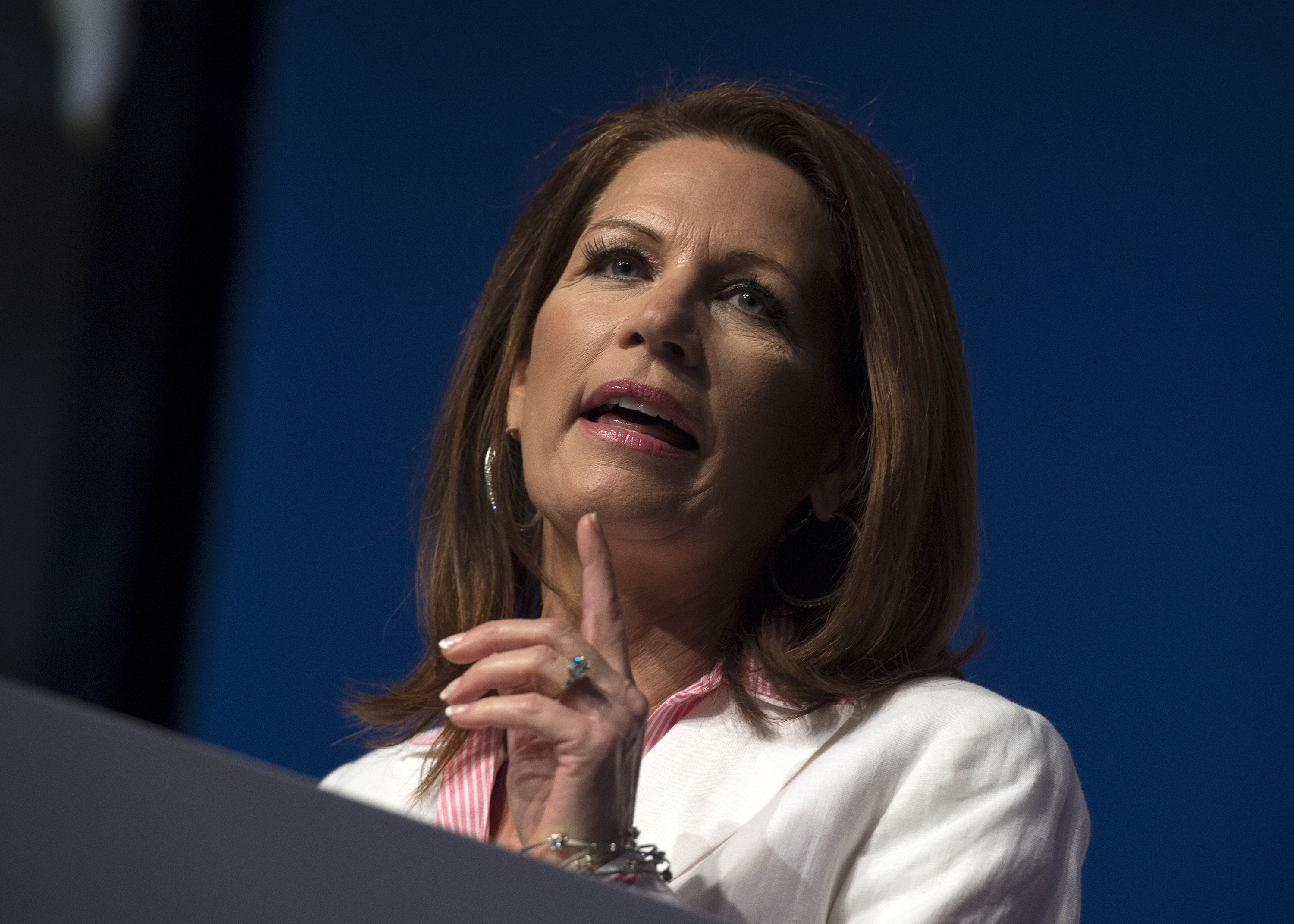 Though set to retire from the U.S. House after her term expires at the end of this year, Michele Bachmann may not be done with electoral politics.

The Minnesota congresswoman and 2012 Republican presidential candidate told RealClearPolitics on Tuesday that she is considering a second White House run.

Bachmann made the revelation during an interview, in which she was asked for her view on whether any Republican women might seek the Oval Office in 2016.

"The only thing that the media has speculated on is that it's going to be various men that are running," she replied. "They haven't speculated, for instance, that I'm going to run. What if I decide to run? And there's a chance I could run."

Bachmann entered the last presidential race in June 2011 as a long-shot contender but was able to use her sway with elements of the Tea Party and an effective media campaign to rise temporarily toward the front of the Republican pack in a deeply fluid race.

The high point of her candidacy came in August 2011 when she won the Ames Straw Poll in Iowa.

But Bachmann's campaign soon withered amid a string of gaffes and controversial claims, staff defections, and a rise in the fortunes of other candidates in the race.

She ended up finishing in sixth place in the Iowa caucuses less than five months after her Ames triumph, earning just 5 percent of the vote and dropping out the next day.

The four-term congresswoman that she would "certainly" reap the benefits of having run once before, if she were to launch a second White House bid.

"Like with anything else, practice makes perfect," she said. "And I think if a person has gone through the process -- for instance, I had gone through 15 presidential debates -- it's easy to see a person's improvement going through that."

In November 2012, Bachmann barely managed to hold onto her 6th District seat, defeating hotel executive Jim Graves by 4,298 votes. Last May, she announced that she would not seek a fifth term in the House.

Bachmann told RCP that if she decides to run for president again, she will make sure that she has a strong campaign infrastructure in place.

"I haven't made a decision one way or another if I'm going to run again, but I think the organization is probably the key," she said. "To have an organization and people who surround you who are loyal, who are highly competent, who know how to be able to run the ball down the field in state after state -- because now I think the primary process will be very different this time. It will tighten up; it will be a much shorter run than it was before."

Bachmann said that she is looking at "a lot of different options" for her post-congressional life and that another presidential campaign is just one of them.

If she were to run again, Bachmann could struggle to be seen as a credible candidate in what is expected to be a far stronger Republican field in 2016 than the one that she competed in four years earlier.

But in the interview, Bachmann alluded to her fundraising prowess as a reason she should be taken seriously, calling herself "one of the top -- if not the top -- fundraisers in the history of the United States Congress."

"And it's because people saw that I had an authentic voice, and I was fighting for them," she said. "I wasn't speaking to them like a politician. I was speaking like a real person who was fighting for what they believed in."

Asked to assess the relative strengths and weaknesses of Hillary Clinton's potential candidacy, Bachmann said that the presumed 2016 Democratic frontrunner has "fatal problems" related to her tenure as secretary of state that should "disqualify her" from the nation's highest office.

Bachmann suggested that she would zero in on making her own 2016 decision soon after she wraps up her tenure in the House.

"I think it's important to have sufficient time to lay the necessary groundwork to have a really solid campaign and a campaign team put together," she said. "And I think probably I would think about that decision earlier than I did last time."

Scott Conroy is a national political reporter for RealClearPolitics. He can be reached at sconroy@realclearpolitics.com. Follow him on Twitter @RealClearScott.