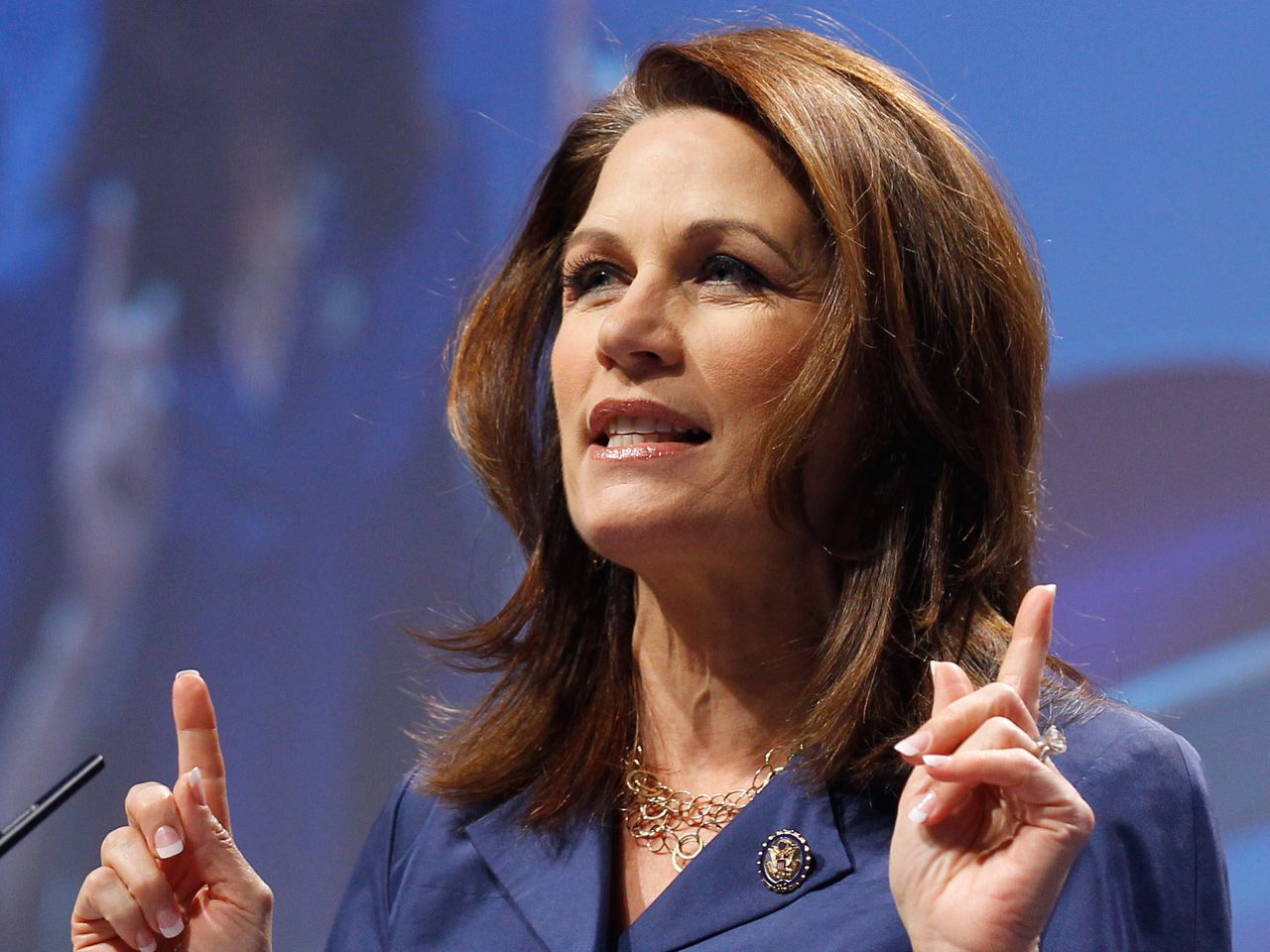 "With all the money that we owe China, I think you might correctly say, Hu's your daddy," she quipped.

Bachmann told an audience of enthusiastic conservative activists that "we have seen President Obama usher in socialism under his watch over the last two years." She said the health care law passed last year is the "crown jewel of socialism" and said repealing it "is the motivation of my life."

NRA's Wayne LaPierre: "Government Policies Are Getting us Killed"
Santorum Blasts Obama for Siding with Egyptian Protesters
McConnell: We'll Keeping Fighting Health Care Law Whether It's Popular or Not


Bachmann, who is considering a presidential campaign, has aligned herself closely with the Tea Party movement, having founded the Tea Party caucus in the House and offered a "Tea Party rersponse" to President Obama's State of the Union address. She opened her speech with a reference to that speech, over which she was mocked for not looking directly at the camera.

Sizing Up the 2012 GOP Presidential Contenders

"Someone told me I needed to find the right camera, so there it is," she said.

Bachmann offered red meat to her young audience at the conference, a cattle call for GOP presidential contenders that had about 11,000 registered attendees. She repeatedly referenced the socialism she ascribed to the Obama administration, calling it a "formula for destruction of job creation," and warned that her audience could soon be paying a 75 percent tax rate to cover the nation's debts.

"Socialism might sell well in a Harvard faculty lounge, but when it comes to finding a job, not so much, not so much," she said.

Newt Gingrich: Replace the EPA
Read All of Hotsheet's Reports from CPAC

"The most egregious moral wrong of all is that today's government is intentionally consuming the labor of future Americans that aren't even born," she added. "...no generation has been more selfish than the current generation that is running Washington DC."

Bachmann claimed that if Mr. Obama wins another term, "we will be in debt to the tune of $21 trillion." (Her call to make Mr. Obama a one-term president was met with a standing ovation.) She also expressed incredulity that members of Congress are now being asked to raise the debt ceiling.

Seemingly with an eye on a possible presidential run, however, Bachmann said she was not only focused on fiscal issues. She called on fiscal conservative, social conservative and national security coalitions to come together to win elections in 2012, adding that while deficit reduction is extremely important, it is not "all there is." She said America must also maintain its moral values and push "peace through strength."

A narrow focus on fiscal issues, she said, is "neither appropriate to our times, nor is it politically conducive to a broad-based appeal that will determine our success."

Bachmann was the first big speaker at the conference, which will include speeches by Mitt Romney, Tim Pawlenty, Newt Gingrich and many others. A late addition to the speakers list was Donald Trump, who plans to address the crowd at 3 p.m. Eastern Time.

Bachmann also said she would host an open bar/meet and greet for the 11,000 CPAC attendees late Thursday afternoon - though she was quick to note there would be a one-drink limit.

Brian Montopoli is a senior political reporter for CBSNews.com. You can read more of his posts here.