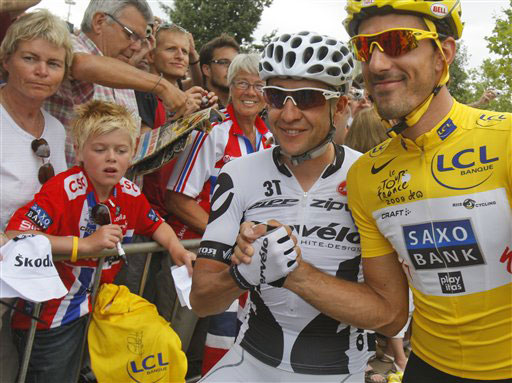 A chalk and wash drawing found in a box in a New York City design museum is a work by Michelangelo worth more than $10 million, museum officials said Tuesday.

The drawing of a candelabrum is about 500 years old and in pristine condition.

It has been unanimously authenticated by Italian Renaissance art scholars and is one of fewer than 10 Michelangelos known to be in the United States, according to Paul Thompson, director of the Smithsonian's Cooper-Hewitt, National Design Museum.

The 17-inch-by-10-inch drawing on cream-colored paper was made using black chalk, brush and brown wash with incised lines. The museum bought it for $60 in 1942 in a collection from an English estate. It was labeled "Italian, circa 1530-1540." Its current value is between $10 million and $12 million, art dealers said.

"He brought out a drawing and said, `My goodness, this is a Michelangelo!"' Thompson said.

Clifford said he believes the rendering is of a seven-branched candelabrum in the form of a menorah and that the completed object was to be at least 6 feet tall.

"To find a new drawing by Michelangelo is very exciting, but to find a drawing by him of a menorah and, moreover, in New York, is almost incredible," said Clifford, director of the National Galleries of Scotland, Edinburgh, who was on sabbatical at Cooper-Hewitt.

Clifford said he believes it relates to the Medici tombs project. Pope Clement VII commissioned the funerary chapel in 1524 and various designs were discussed, but the project was abandoned after the sacking of Rome in 1527.

Although art experts agree the drawing is by Michelangelo, they are not sure that it is of a menorah or that it was meant for the Medici tombs, said Sarah Lawrence, director of the Cooper-Hewitt Masters Program in the History of Decorative Arts.

"The recognition of this drawing as a work by Michelangelo is important both for our understanding of the artist's body of work and of the history of design," Lawrence said.

Only six public institutions in the United States have Michelangelos, including the Cooper-Hewitt, Thompson said. The museum plans to display the work within a year.