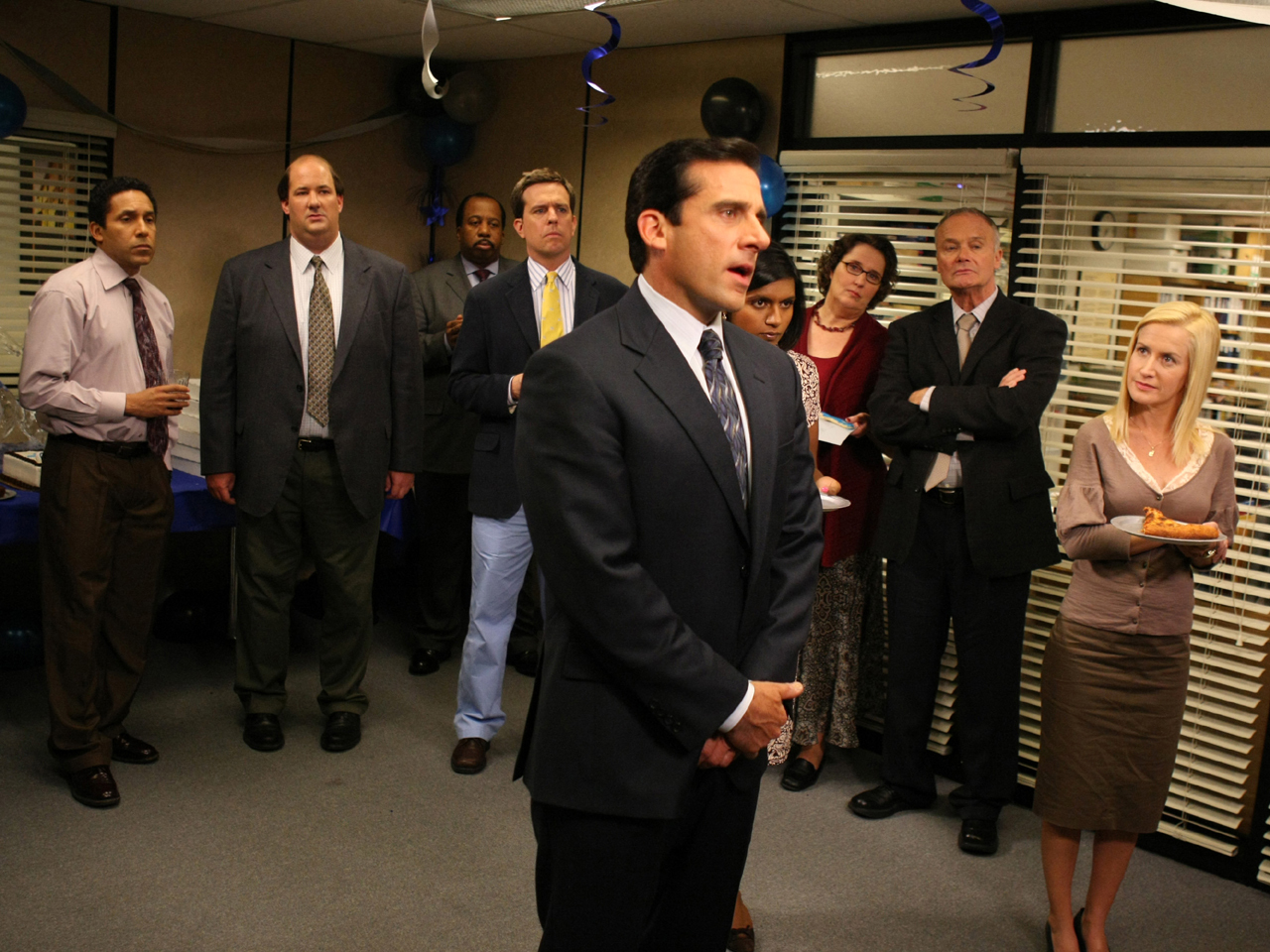 (CBS/AP) Steve Carell and Michael Scott have finally left Dunder Mifflin. After months of news stories about his imminent departure (Carell's, that is), it's finally happened.

The Scranton regional manager left "The Office," as long promised, in a fond farewell for the actor who played him, series star Carell.

Carell is leaving the NBC comedy after seven seasons to concentrate on films. But his character left Dunder Mifflin paper supply company after 19 rollicking, unbusiness-like years, bound for Colorado to start a new life with his fiancee, Holly.

On the episode airing Thursday night, the show's full cast of office workers was properly emotional at Michael's departure. This even included Michael's problematic successor, played by guest star Will Ferrell in the third of a four-episode story arc.

NBC has not announced who will permanently fill the large void Carell leaves in the series, which has been renewed for next season. The guessing game has been fueled by news that guest stars in this season's remaining episodes include Jim Carrey, James Spader, Will Arnett and Ray Romano, as well as Ricky Gervais, a creator and star of the original British version.

The extended farewell episode depicted Michael's final workday, which he spent in a bittersweet, often bumbling separation process. Michael -- who is inept, inappropriate and forever seeking love and laughs from his employees -- wrestled with the gravity of his decision to leave.

He was caught short by a bookkeeping question: Where did he want his last paycheck to be mailed?

"Last paycheck," he murmured, as if the very idea were foreign to him.

In the break room, he drank in the mundane conversation between his soon-to-be-former colleagues.

"I'm going to Carbondale this afternoon to get a new bulk shredder," said Pam (Jenna Fischer).

"It's a good shredder," Pam said. "It just kept breaking."

In a full demonstration of Carell's skill at bringing humanity to this quirky role, Michael's eyes reddened as he listened.

"I can't do this," Michael said a moment later, addressing the camera that captures the action on the series, which is filmed in a make-believe documentary style.

"All the channels are going to be different there," he said, choking up at the monumental challenges awaiting him in Colorado. "I'm not going to be able to find my shows."

But Michael wasn't about to give in to his fears -- or let anybody else give in to theirs.

Ever the manager, he dispensed one last measure of unsolicited advice.

"Whether you're scared of dying, or dying alone, or dying drunk in a ditch, don't be," he told his flock reassuringly. "It's going to be OK."

As his going-away gift to colleague Ryan (B.J. Novak), he presented his light-up St. Pauli Girl beer sign with the buxom barmaid.

"She was once my girl, and she's your girl now," Michael said.

"This is totally unnecessary," stammered Ryan, his eyes hypnotically fixated on the sign's eerie blue glow.

Michael waged a final bout of paintball in the parking lot with his combative assistant manager, Dwight (Rainn Wilson).

But, when he was about to lose control in front of sales rep Jim (John Krasinski), he asked, "Why am I so sad?"

Jim guessed that Michael had decided to make his exit that afternoon, rather than stay around another day, as everyone expected.

"I think we should just save our good-byes for tomorrow, at lunch," said Jim, in an effort to spare them both from an emotional display. "Tomorrow, I can tell you what a great boss you turned out to be."

Michael soon left the office with a brisk, "Later, guys." Only Jim knew he was gone for good.

Then, at the airport, Michael removed the wireless mic he has worn for seven seasons of the mockumentary's filming.

"This is gonna feel SO good getting this thing off my chest," he said, returning the mic to the unseen camera crew. Suddenly he went silent as, full of hope for the future, he wheeled his suitcase toward his airline's gate.