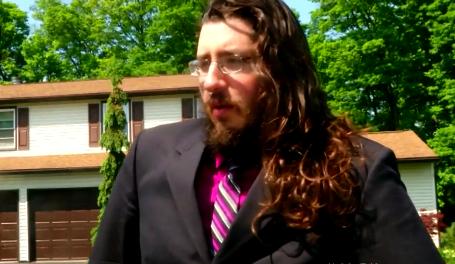 SYRACUSE, N.Y. – It's a case that pitted a mom and dad against their own son. The couple wanted the 30-year-old to move out of their home in upstate New York. Despite eviction notices and offers of cash, he wouldn't budge, CBS New York reports.

So now, a court ruling is forcing him out, and he's complaining about his parents.

"I don't want to live there anymore," Michael Rotondo said Wednesday on CNN.

But that hasn't spurred him to find a new place to live – even though his parents want him to move out and on with his life.

"I don't have the means to do that tomorrow," he said.

The family drama played out Tuesday in a Syracuse courtroom.

Rotondo has been living with his parents, Mark and Christina, for eight years. They told the judge they've had enough and have tried about everything, including offer money, to get him out.

In the time that he's been at home, Rotondo said he's never been expected to contribute to household expenses, assist with chores or the maintenance of the property. He blames his so-called "failure to launch" on a custody battle he's been waging over his own son.

"I would consider much of what they were doing to try to get me out as a tax," he said.

He moved in with his parents in their Camillus, New York home after losing his job. Although he has many interests, like "mechanics and contraptions," he hasn't had any luck finding a job. But he is college educated.

"I went for engineering and then when I couldn't do the math, I switched to business," he said.

When asked about his long hair, he replied, "You know, why do I need to pay for haircuts?"

Rotondo also said things with his parents are now very adversarial, and he intends to write a letter to their attorney asking for three more months to pack up his stuff and get out.