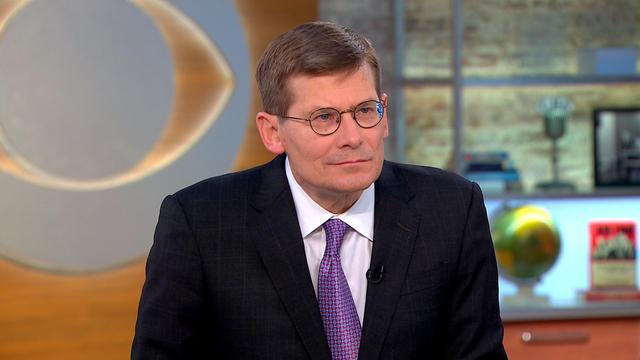 A new report warns that ISIS followers in the Middle East may be plotting a chemical attack on the U.S. Based on intercepted conversations, the report shows a desire by ISIS to use chlorine or other weapons of mass destruction on American soil. U.S. officials are working to disrupt the plan and a homeland security official said, "the bottom line is: the threat is real."

Former CIA deputy and acting director, Michael Morell, told "CBS This Morning" we should be taking this "seriously."

"ISIS has for some time said that they want to acquire weapons of mass destruction and to use them and they've actually been able to manufacture chemical weapons in Iraq and Syria and use them on the battlefield," Morell said.

Despite intelligence indicating ISIS is planning to bring in the weapons, Morell is more concerned about what their followers in the U.S. could do.

"I think we need to be more worried about them making it here. This stuff is difficult to transport, it's difficult to get it by customs and immigration. I think it's more likely that they send the recipe here to their followers and they make it here," he said.

While it's difficult to spread widely, Morell said making it would be "easy to do" with the right materials and a degree in chemistry.

"Most people think you need to spread it with explosives but that actually deteriorates some of the chemicals. So it is difficult to disseminate but again, if you know what you're doing, and these guys do, then it can do real damage."