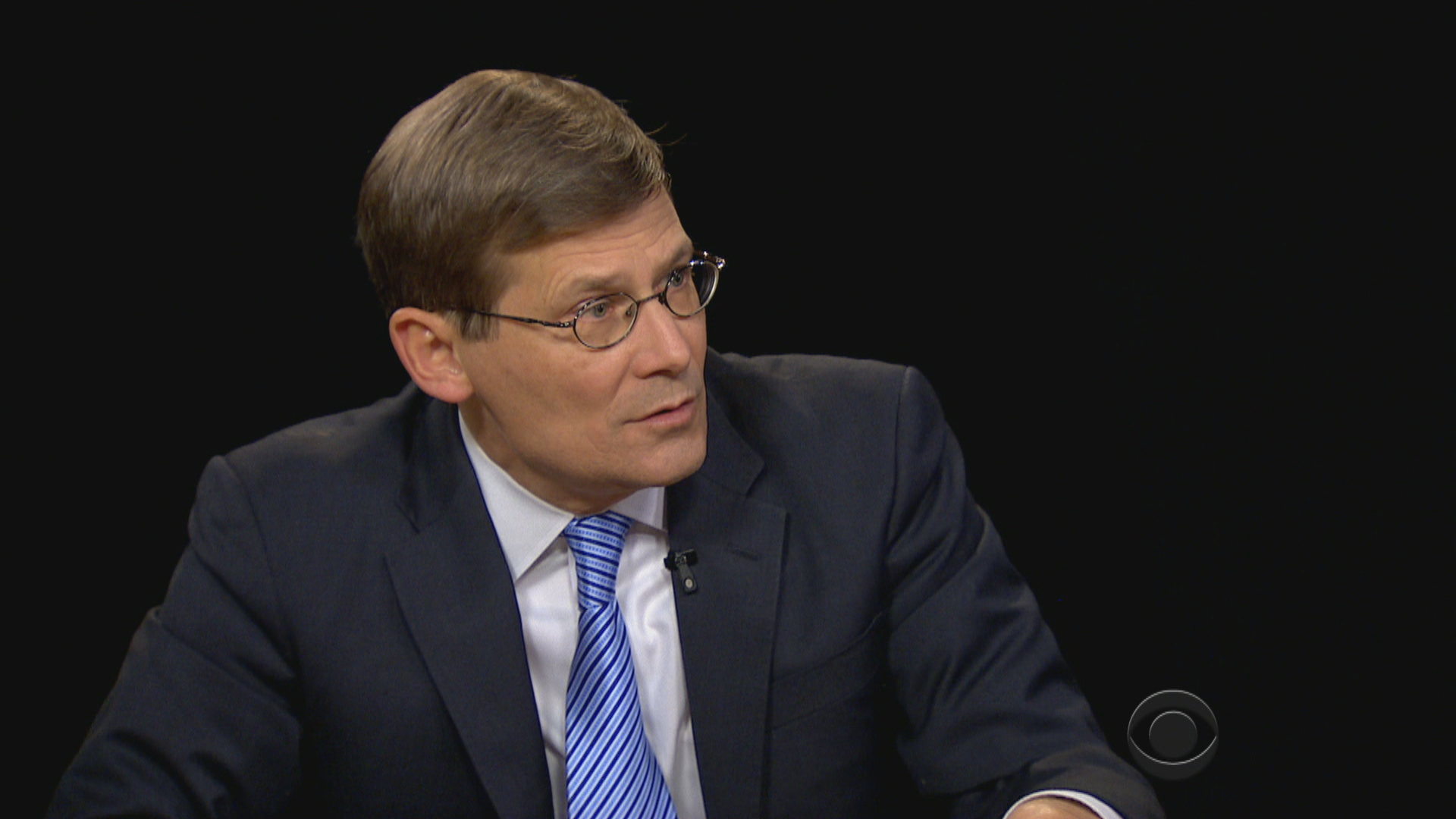 Michael Morell, former deputy director and acting director of the CIA, is stepping down as a senior fellow at Harvard University after the school extended a fellowship to Chelsea Manning, the soldier convicted of leaking classified information to Wikileaks.

Morell, a CBS News senior national security contributor, wrote in a letter to Doug Elmendorf, dean of Harvard's Kennedy School of Government, that he can't remain at an organization "that honors a convicted felon and leaker of classified information, Ms. Chelsea Manning."

The Harvard Institute of Politics, part of the Kennedy School, named Manning a visiting fellow for the academic year on Wednesday. Manning is the first transgender individual to be awarded the prestigious post, joining a class of fellows that includes Sean Spicer, Robby Mook, Mika Brzezinski and others.

Manning was arrested in 2010 for leaking classified information to Wikileaks, and sentenced to 35 years in prison in 2013. She served seven years until her sentence was commuted by President Obama at the end of his term.

Morell served 33 years in the CIA, including as deputy director for three years in the Obama administration. He served as acting director of the agency for several months in 2011, then again between November 2012 and March 2013.

Morell retired in 2013 and was named a senior fellow at the Belfer Center for Science and International Affairs at the Kennedy School.

In his resignation letter, Morell criticized the school for its decision to bring Manning on campus for the fall semester.

"The Kennedy School's decision will assist Ms. Manning in her long-standing effort to legitimize the criminal path that she took to prominence, an attempt that may encourage others to leak classified information as well," Morell wrote. "I have an obligation to my conscience -- and I believe to the country -- to stand up against any efforts to justify leaks of sensitive national security information."

Morell said he had a duty to resign in protest "to make the fundamental point that leaking classified information is disgraceful and damaging to our nation."

He added that "it is important to note that I fully support Ms. Manning's rights as a transgender American, including the right to serve our country in the U.S. military." Morell also recognized Manning's right "to publicly discuss the circumstances that surrounded her crimes as well as the IOP's right to invite whomever they believe will further the education of Harvard's student body."

On Thursday night, CIA director Mike Pompeo, who has a law degree from Harvard, announced he would not speak at that night's forum, stating that "after much deliberation in the wake of Harvard's announcement of American traitor Chelsea Manning as a Visiting Fellow at the Institute of Politics, my conscience and duty to the men and women of the Central Intelligence Agency will not permit me to betray their trust by appearing to support Harvard's decision with my appearance at tonight's event."

Pompeo's letter concluded saying, "I applaud the decision of Michael Morell, a past and dedicated servant of the same agency that I now lead, to resign as a result of Harvard's decision. I am saddened, however, at Harvard's loss. You have traded a respected individual who served his country with dignity for one who served it with disgrace and who violated the warrior ethos she promised to uphold when she voluntarily chose to join the United States Army."

Manning was released from a military prison in Kansas in May. She has since written columns for The New York Times, advocated for transgender rights, and become an avid Twitter user. She reacted to Morell's resignation Thursday afternoon: