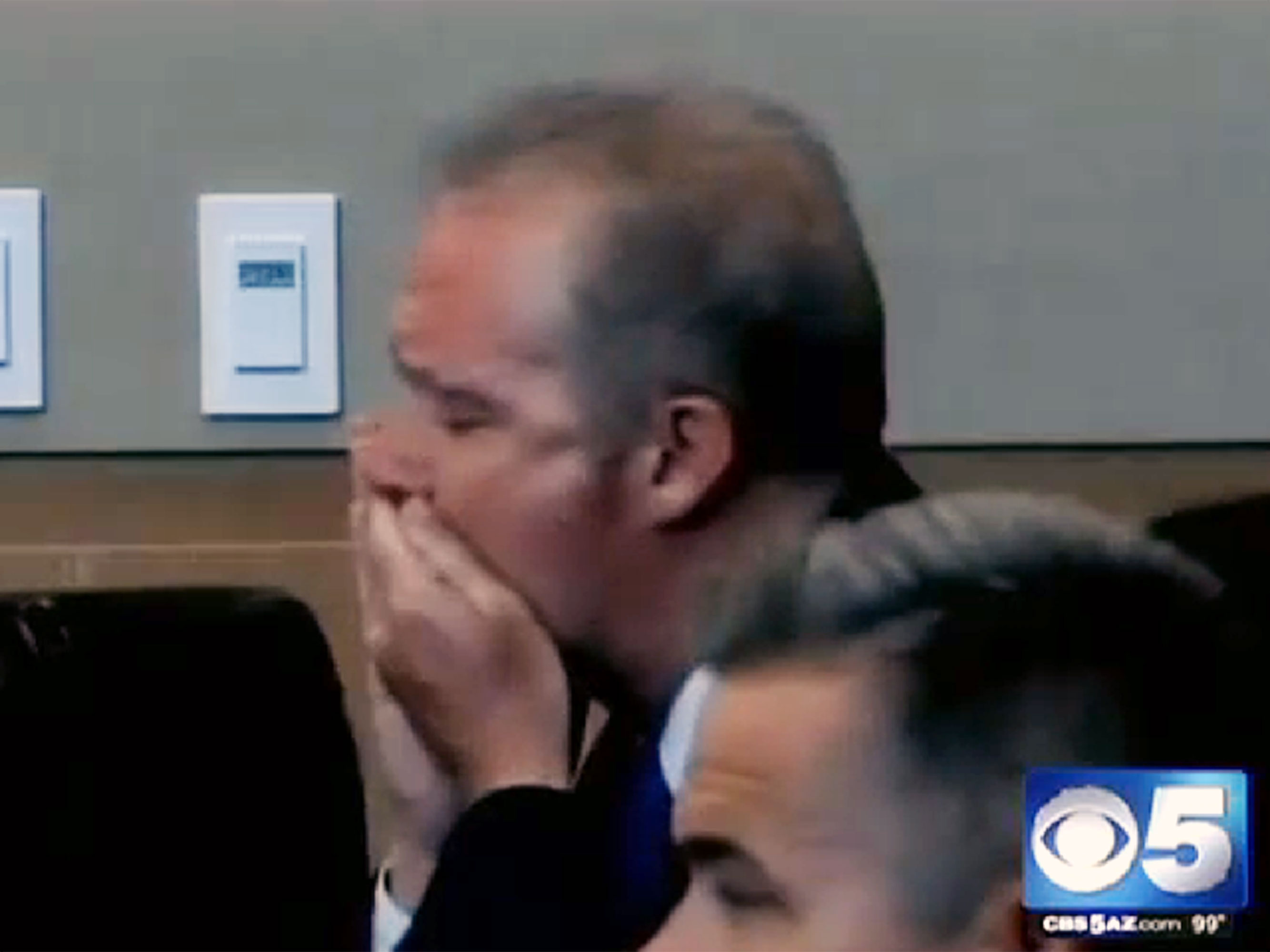 (CBS/AP) PHOENIX - An autopsy report reveals that the former Wall Street trader who collapsed in court and later died after being found guilty of arson in June took cyanide to cause his death. The Maricopa County medical examiner's office says in a report released Friday that toxicology tests showed that Michael Marin had the poison in his system.

Marin, 53,   was found guilty on June 28 of burning down his $3.5 million home. After the verdict was read, Marin put his head in his hands and appeared to put something in his mouth. He then drank from a sports bottle.

It was a bizarre ending to a case that began in 2009 when he emerged from his burning Phoenix-area mansion in scuba gear.

Prosecutors said he torched his home when he couldn't keep up with the payments. Marin faced seven to 21 years in prison.