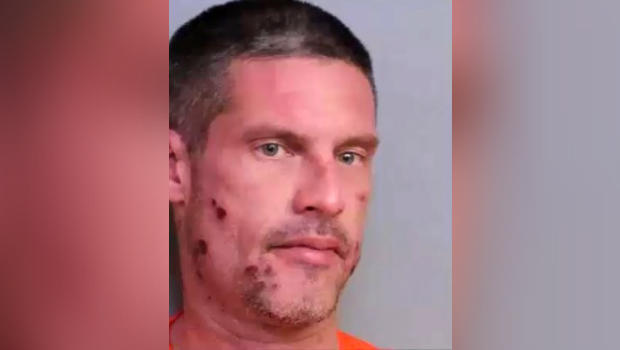 WINTER HAVEN, Fla. -- Florida authorities are sharing the details of an unusual 911 call on New Year's Eve, from a man who said he wanted to report himself drunk-driving. Polk County Sheriff's officials say the dispatcher kept him talking while directing officers to the scene.

When the dispatcher asked Michael Lester where he was, he said, "I'm too drunk. I don't know where I'm at."

And when she asked what he'd been doing all night, he said "I don't know, driving around, trying to get pulled over, actually."

"I'm driving on the wrong side of the road," he said later.

The operator repeatedly urged him to park his truck and wait for officers to find him. Unfortunately, he chose the wrong spot.

"Look, I'm parked in the middle of the road," he said. Sirens could be heard in the background a short time later.

You can hear the entire exchange in a video posted online to Facebook in the player above.

In one part of the video, Lester can be heard he's going to get some food and told the 911 operator to "have a nice night." The sheriff's Facebook post said they LOTO ("laughed our Tasers off").

"Driving while under the influence of alcohol or drugs is a serious crime. Innocent people are too often injured or killed from impaired drivers. DUI is not a laughing matter," sheriff's officials wrote. "However ... in this particular incident, nobody was hurt, so we couldn't help but LOTO (that means we Laughed Our Tasers Off)."