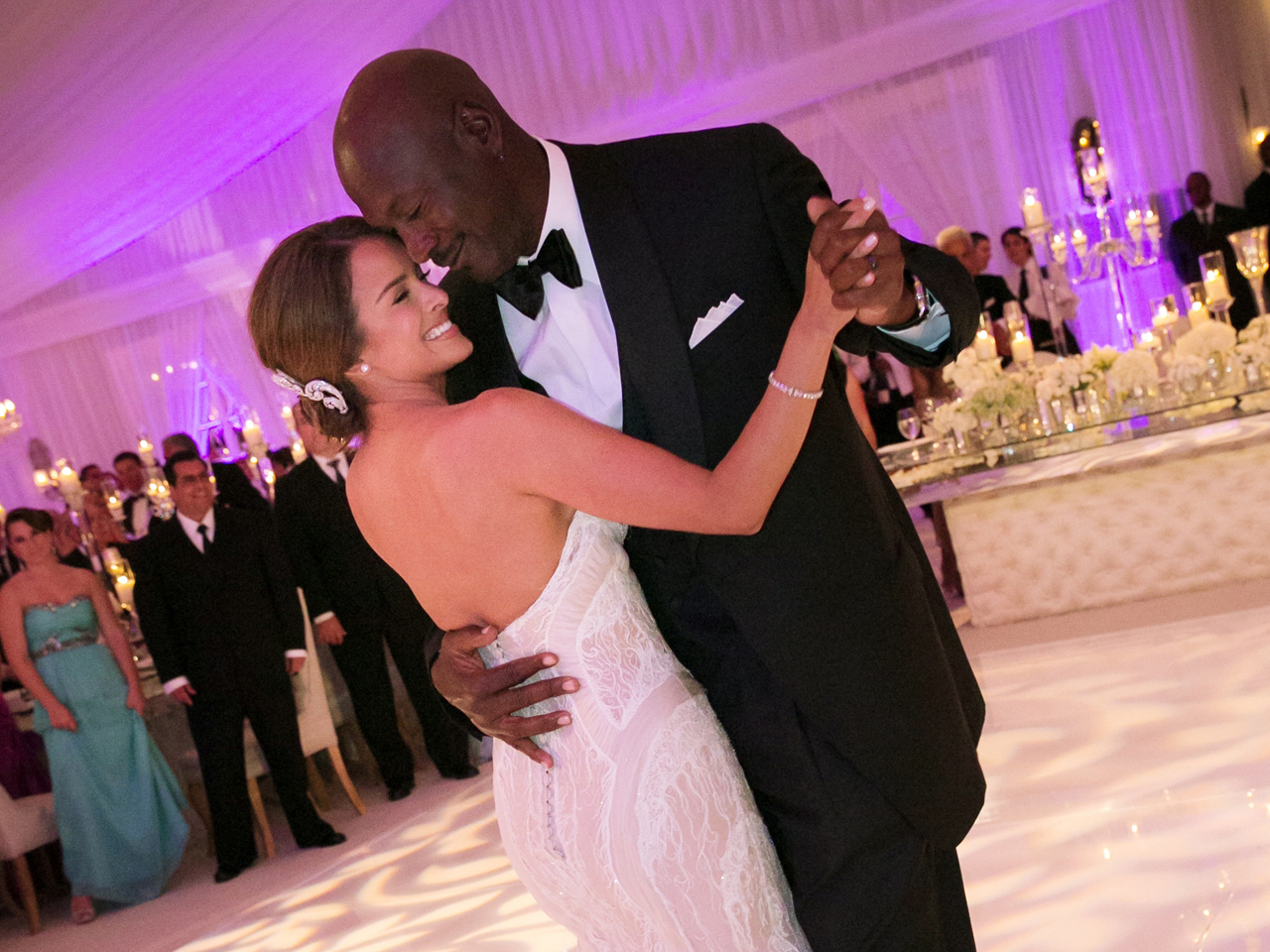 Palm Beach, Fla — Michael Jordan got married over the weekend in front of a few hundred of his family and closest friends.

The wedding took place at the Episcopal Church of Bethesda-by-the-Sea with nearly 300 guests in attendance, including Tiger Woods, Patrick Ewing, Spike Lee and Ahmad Rashad.

The ceremony was followed by a reception at the Bear's Club in Jupiter, Fla., a luxurious private golf club designed by Jack Nicklaus. Jordan, 50, owns a home near the course.

There were fireworks at night as part of the celebration.

In lieu of wedding gifts, donations were made to the James R. Jordan Foundation. The wedding flowers were donated to the Jupiter Medical Center.

The six-time NBA champion and Prieto met five years ago and were engaged last December.

Prieto wore a French silk voile corseted sheer sheath gown by J'Aton Couture, in an ecru palette with accents of flesh tones, with handmade silk lace created especially for her, and enhanced with Swarovski crystals. The gown featured French seamed crinoline borders, which cascaded into a dramatic cathedral train finished in the lace, with accents of a peacock-feathered design.

The couple and their guests were entertained by DJ MC Lyte, singers K'Jon, Robin Thicke and Grammy-Award winner Usher and The Source, an 18-piece band.

Everyone enjoyed an all-white, seven-layer white rum wedding cake that was covered in white fondant and sugar crystals, and adorned with crystal brooches and the couples' monogram on the top layer.

Guests sat at tables that were a continuous candle-lit landscape with a myriad of crystal candelabras and mercury glass vessels, each filled with one variety of white flower, including roses, peonies and tulips, and one accent of purple.