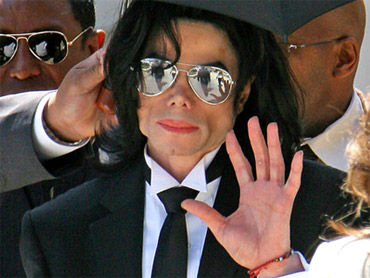 State investigators probing the death of Michael Jackson have decided not to file charges against seven doctors who treated him, authorities said Wednesday.

One doctor whose name was not released has been referred to the California Medical Board for prescribing drugs to a Jackson alias, she said.

Candis Cohen, a board spokeswoman, declined to confirm the action, saying complaints and investigations were not public record.

Jackson's personal doctor, Conrad Murray, has pleaded not guilty to felony involuntary manslaughter in the singer's death. Authorities say Murray provided Jackson with a mix of sedatives, including a powerful anesthetic that killed him.

Murray was not among the seven doctors involved in the state investigation.

Los Angeles police who investigated the death had asked state and federal investigators to look into the prescribing practices of doctors who previously treated the 50-year-old pop star.

"I am very disappointed," said attorney Brian Oxman, who represents Michael Jackson's father Joe Jackson in a wrongful death lawsuit against Murray. "The misuse of medications by Michael Jackson in the last years of his life was excessive and to fail to bring that to the public eye is ignoring reality."

The state investigation included the search of a prescription drug database that tracks doctors who prescribe controlled substances. The database also monitors the quantity and recipients of those drugs.