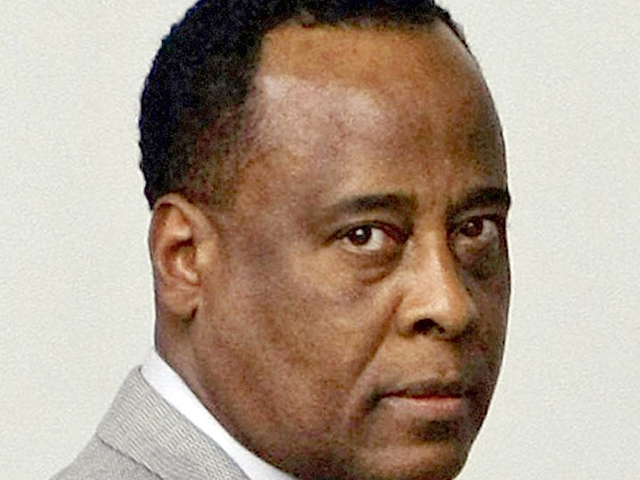 (AP) LOS ANGELES - A former girlfriend of the doctor charged in the death of Michael Jackson testified Friday that he was distracted when he called her on the morning of the singer's death and she heard commotion in the background.

Sade Anding said she realized at one point that Dr. Conrad Murray wasn't paying attention to her. She heard coughing and mumbling but didn't recognize the voice as Murray, she said.

"I heard commotion as if the phone was in a pocket or something," Anding said.

The testimony added details to a timeline being developed by prosecutors at a preliminary hearing where a judge will decide if there is enough evidence for Murray to stand trial for involuntary manslaughter. He has pleaded not guilty.

Authorities contend Jackson died after Murray gave him a lethal dose of propofol and other sedatives in the bedroom of his rented mansion then delayed calling emergency services while he collected and bagged medications.

Phone records show Murray called Anding at 11:51 a.m. local time. She said she stayed on the line for five to six minutes, but Murray never got back on the phone.

Emergency room doctor Dr. Richelle Cooper testified Thursday that she believed Jackson died in his bedroom. Still, he was taken to Ronald Reagan UCLA Medical Center, where more than an hour of resuscitation efforts didn't change her opinion.

Based on what Murray told her, though, she said she didn't know why the singer died.

Cooper said Murray told her he had seen Jackson stop breathing and immediately started CPR, but prosecutors say that's not what happened.

Cooper said Murray never told her he had given propofol to Jackson or mention several other sedatives tests later showed were administered.

Murray's defense attorney, J. Michael Flanagan, asked Cooper if propofol use would be relevant information, since the drug wears off quickly.

Cooper said it wouldn't have changed her efforts to revive Jackson, but knowing the singer had been given several sedatives and propofol would have added to her understanding of why the singer died.

Cooper said other sedatives could have amplified the effects of the propofol and caused Jackson to stop breathing before his heart stopped beating.

"I would be concerned particularly if there were other medications given, that it would lead to a respiratory arrest, which would lead to a cardiac arrest," Cooper said.

Deputy District Attorney David Walgren has said he will use Murray's statements to police and testimony to show his actions represented "an extreme deviation from the standard of care."