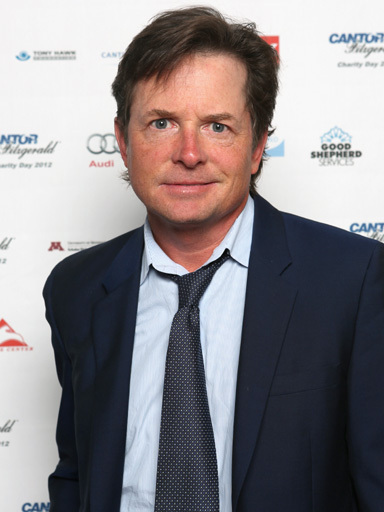 (CBS/AP) Michael J. Fox marked the anniversary of the 9/11 attacks by helping others.

Cantor Fitzgerald, the financial firm that lost 658 employees in the attacks on the World Trade Center in 2001, has marked the anniversary of that day by raising funds for charities; this year, more than 100 are expected to benefit from the day, which organizers say raised approximately $12 million.

"This is not necessarily a somber event; I think this is more of a celebration, a celebration of humanity, and an acknowledgement of the needs of the people in the community," Fox said in a phone interview Monday. "On a day when so many were affected by so few in such a negative way, it's a great way for so few ... to help the wider community in kind of reverse - the energy of that day, the negative energy of that day, with a positive show of support for the community."

The Michael J. Fox Foundation for Parkinson's research was among the day's beneficiaries. Fox has been afflicted by the disease for years, is a strong supporter of stem cell research and has lobbied in Washington in his battle to eradicate Parkinson's.

"A lot of the needs were met of the people who were affected that day as much as they could be met beyond the lasting feelings that go on forever ... the fact that it is an impetus to branch out and to help other people in other communities and continue the spirit of generosity, of humanity, I think was really key in moving forward," he said.

Fox added that he was grateful for the support from the financial community: "I like to joke that Alex Keaton was the role model for so many of these guys, so maybe they had a special place in their hearts for me and my work," referring to the "Family Ties"  capitalist-loving character that made him famous some three decades ago.

Fox is returning to sitcoms after a decade-long absence. He's working with NBC on a show that will touch on his Parkinson's struggles; it is set to debut next year.

"I'm really excited about that. It's a great idea and it's a great group of people I'm working with and NBC has been really supportive of the idea ... and obviously shown that they're willing to take a chance on us," he said.

Fox took time off from television while he was dealing with Parkinson's, which degrades the central nervous system and can cause slurred speech and impaired motor skills.

Since then, he has limited his acting appearances to guest spots on shows including "Rescue Me," "Boston Legal," "Curb Your Enthusiasm" and "The Good Wife." But Fox said his condition is good.

"I was just feeling better and things are working for me medication-wise, and I just thought, 'Why don't I take this opportunity to do it?' I wake up every day and I feel good and if I don't go forward with something like this, it's another day wasted when I should be doing what I'm doing."