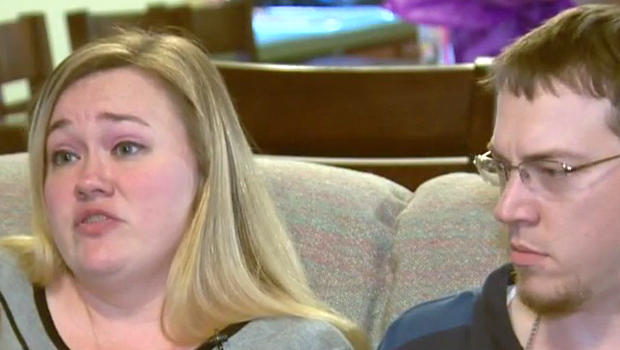 BALTIMORE -- The Maryland parents behind a controversial YouTube channel featuring videos of them playing pranks on their children were sentenced to five years of supervised probation, CBS station WJZ-TV reports.

Heather and Mike Martin each entered Alford pleas to two counts of child neglect of their two youngest kids. Their pleas mean they did not admit to any abuse but acknowledged prosecutors had enough evidence to prove it.

Prosecutors say a psychologist determined the kids were traumatized by these pranks. The judge didn't think they were funny either.

"This was far beyond corporal punishment," Frederick County State's Attorney Charlie Smith said. "This was egregious, abusive conduct, and I didn't think it was funny from the beginning, and, obviously, the judge didn't either."

Hundreds of videos on the couple's "DaddyOFive" YouTube channel showed everything from smashing electronics to a fake robbery and other elaborate pranks where they appear to terrify their five children. The Martins quickly reached 800,000 followers after launching the channel.

"We were just messing around one day, having fun, joking around, and we ended up doing the prank, and we put it on YouTube, and it blew up," Mike Martin told WJZ in the spring.

But one video in particular, posted in April, changed everything for the family. It showed their son sobbing as they were screaming at him for spilling ink, which they actually did for the prank.

The video went viral, and outraged fans went on the attack, accusing the couple of exploiting their children. It triggered an international firestorm and an investigation by Child Protective Services. Eventually, they were charged.

After the controversy began, the couple removed most of their videos from the DaddyOFive channel. One of only two videos remaining is a public apology, which they posted on April 22.

"We have made some terrible parenting decisions," Heather Martin said in the video.

The couple is not allowed to contact the two allegedly neglected children in any way without a judge's approval. They're back with their biological mother.