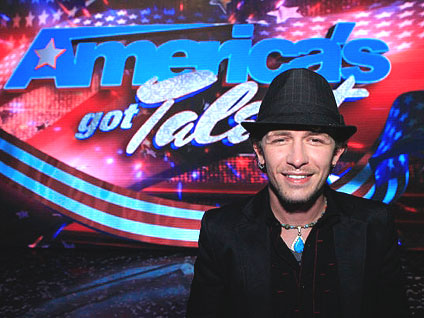 The blues-inspired singer won the competition, just one day after turning in one of his best performances of the season and collecting the most votes from television viewers who watched the live reality competition on NBC.

The finalists performed with seasoned celebrities, as Poppycock shared the stage with disco legend Donna Summer to sing "Last Dance" together.  Later,  Grimm performed "Me and Bobby McGee" with Jewel, and Lionel Richie sang "Dancing On The Ceiling" as Fighting Gravity did their thing.

At his first televised audition, Grimm impressed the show's judges and the audience with his smooth, soulful voice as he sang Jann Arden's "You Don't Know Me."

Throughout the season, the 31-year-old musician performed consistently well, even when he was stricken with a serious throat ailment during the semifinals and was unable to rehearse for the show.

Grimm actually tried out for "America's Got Talent" last season, but didn't advance past the early auditions. This season, he made a big splash during his first televised audition.