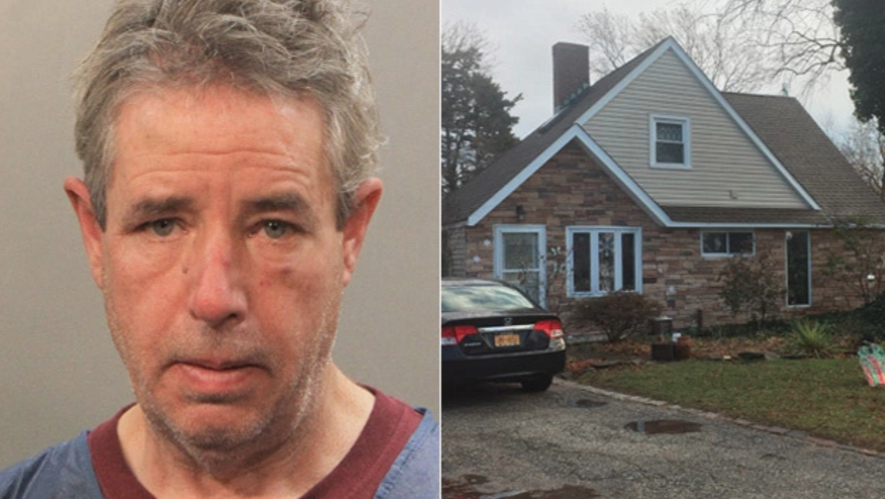 A 56-year-old man from Levittown, New York, was indicted on animal cruelty charges Tuesday after he allegedly beat his German Shepherd-mix with a shovel so severely the dog had to be euthanized.

Nassau County police said Michael Gallagher was arrested after a neighbor saw him try to strangle and suffocate his dog using zip ties before putting her inside a black plastic bag and repeatedly hitting her with a shovel.

“This defendant is accused of truly despicable cruelty that fatally wounded his innocent and helpless 11 year-old dog, Bella,” Nassau County District Attorney Madeline Singas said in a statement. “We know from studies and experience that those who commit crimes against animals are more likely to perpetrate violence against people, and my office is committed to prosecuting these heinous offenses aggressively.”

On Dec. 3, Gallagher allegedly placed his family dog inside a garbage bag and was seen striking the dog in the head with a shovel, Singas explained. Neighbors called 911 and confronted the Gallagher, who then stopped the beating and ran away, police say.

“You couldn’t even see the tie around its neck because it was that embedded,” one neighbor told CBS radio station 1010 WINS a day after the incident.

Another neighbor said Gallagher showed no emotion, “No affect, no affect at all.”

As neighbors moved toward the presumed dead dog, they saw the dog’s head move slightly.

At around that time, Gallagher’s wife arrived home and cut the zip tie from the dog’s neck and rushed her to East Village Green Animal Hospital. The veterinarian determined that the injuries, which included blood and tissue coming out of her head, were fatal, and euthanized the dog to prevent any further pain and suffering, the Nassau County District Attorney’s office said.

Gallagher pleaded not guilty and is due back in court on March 21. If convicted of the top count, the defendant faces a maximum of two years in jail. Bail was continued at $300,000 bond or $150,000 cash.