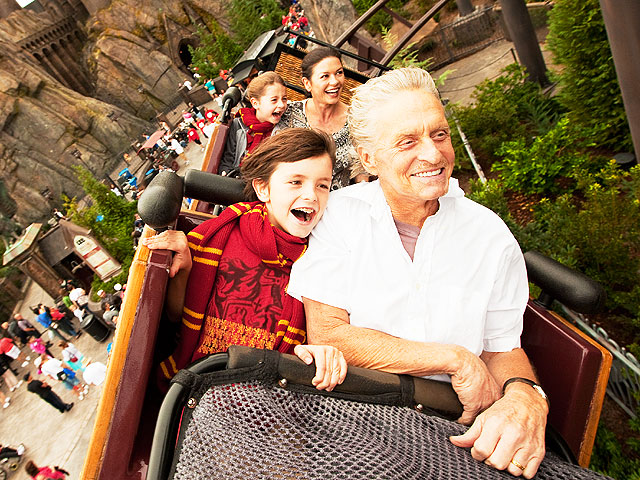 "I think the odds are, with the tumor gone and what I know about this particular type of cancer, that I've got it beat," the 66-year-old actor told the "Today" show's Matt Lauer this morning.

Douglas, the father of three, found out he had cancer last August after experiencing throat and ear pain. Throat pain that won't go away is one symptom of throat cancer. So are trouble swallowing and persistent hoarseness.

Approximately 100 Americans are diagnosed each day with oral cancer, which includes malignancies of the mouth, tongue, and throat. If the cancer is caught in its early stages, patients have an 80% to 90% chance at long-term survival. When the cancer is caught in later stages, the survival rate drops to 65% at five years from diagnosis, according to the Oral Cancer Foundation.

Drinking and smoking are two of the main causes of throat cancer, and Douglas reportedly indulged in both. He also believes stress and diet could have played a role. He eats "like a pig," but mostly organic food, he told People. He needs to if he is to regain the 32 pounds he lost.

Weight loss is typical for throat cancer patients, who are generally tube or intravenously fed during treatment.

It's tough getting used to having a dry mouth all the time, Douglas told Lauer. "Salivary ducts have been closed down as a result of the radiation, probably for at least a year or two," he said. "So your mouth is very dry - particularly affects you at night - for sleeping."

What lies ahead? The Oscar winner is cautiously optimistic.

"I have to check out on a monthly basis now to maintain," he said. "I guess there's not a total euphoria."