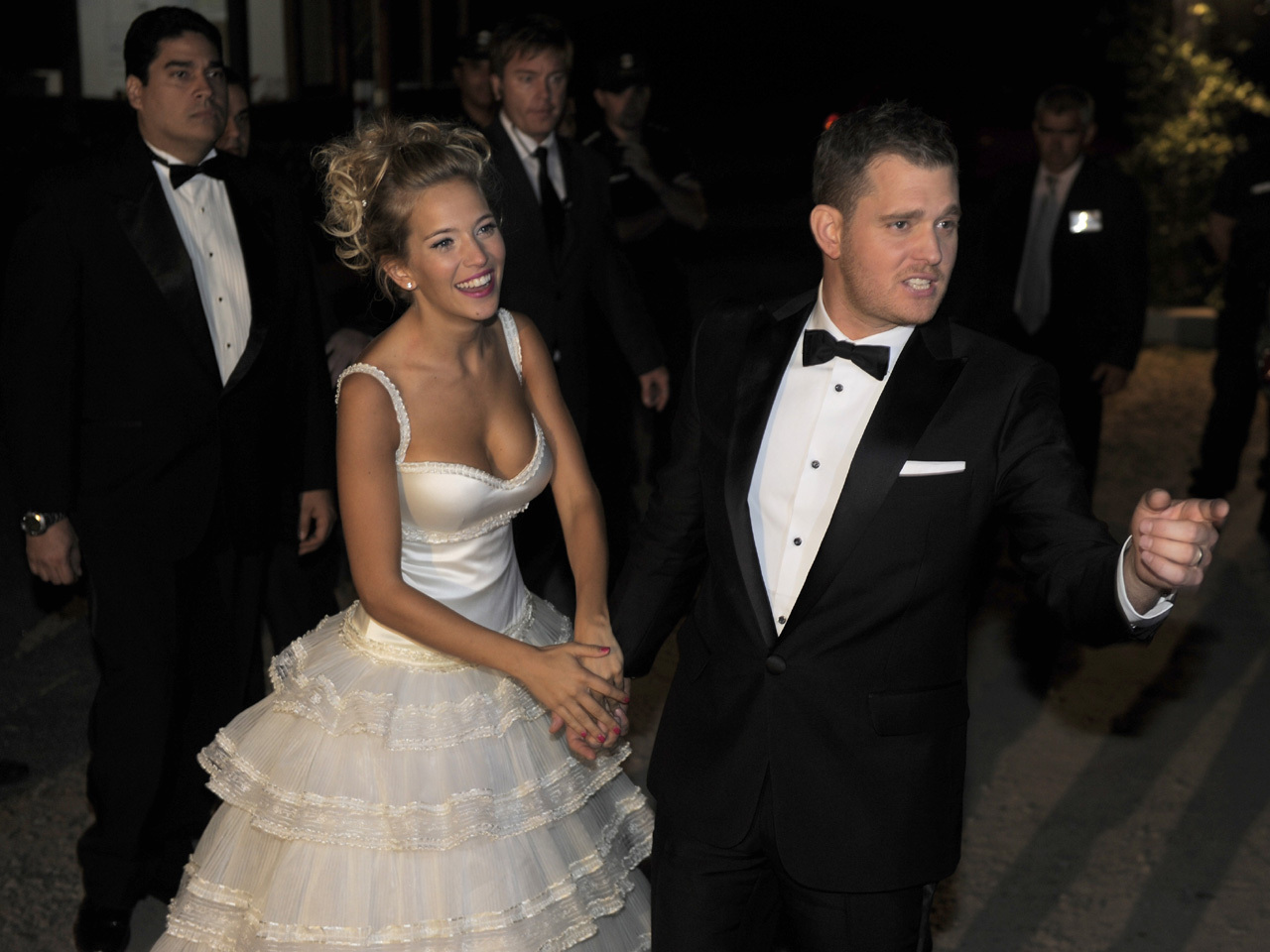 (CBS) While Burnaby-born singer Michael Buble was enjoying his wedding celebration, thieves were enjoying breaking into his Buenos Aires home.

Grammy-winner Buble and his wife, Argentine actress Luisiana Lopilato, were staying at a resort on the outskirts of Buenos Aires when their home was reportedly burglarized.

TMZ reports that the bad guys covered up the security cameras and cut the lines to the alarm system at around 6pm Sunday. It is unclear what they took from the home.

When told about the situation, Lopilato replied, "I will not let this ruin the happiest day of my life."

Later that day, Buble and Lopilato arrived in casual attire back at their home where the bride's parents and brother waited for them. The family was talking to the police about the investigation before the couple arrived.

The couple married on Thursday and celebrated through the weekend, topping it off with a 300-guest religious ceremony on Saturday night.

According to DailyMail, despite the potential setbacks caused by the burglary, the couple keeps their heads held high as they plan for their third and even bigger wedding celebration in Buble's native Canada.