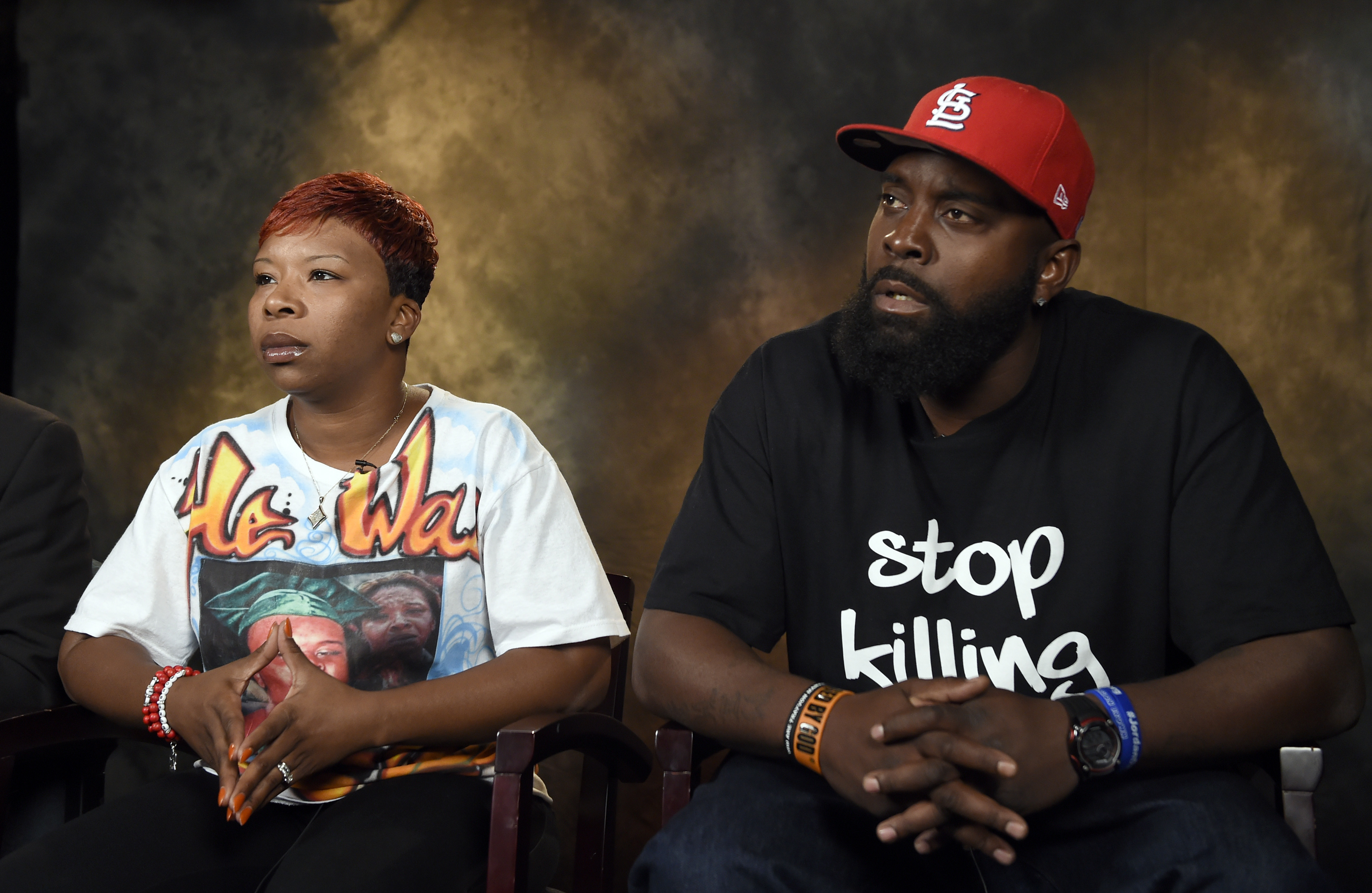 WASHINGTON - The parents of Michael Brown told The Associated Press on Saturday they were unmoved by the apology given by the Ferguson, Missouri, police chief weeks after their unarmed 18-year-old son was killed by a police officer.

Brown's mother, Lesley McSpadden, said, "yes," when asked if Chief Tom Jackson should be fired, and his father, Michael Brown Sr., said rather than an apology, they would rather see the officer who shot their son arrested for his Aug. 9 death.

"An apology would be when Darren Wilson has handcuffs, processed and charged with murder," Brown Sr. said.

Wilson is white; the young man, black. The shooting sparked days of violent protests and racial unrest in the predominantly black community. Some residents and civil rights activists have said responding police officers were overly aggressive, noting their use of tear gas and surplus military vehicles and gear. Brown Sr. called the looting that has been interspersed with the protests "disrespectful," but the "First Amendment protesting? They have that right."

"There's going to continue to be unrest until they do what should be done," McSpadden added, referring to Ferguson officials.

Jackson released a video apology to Brown's family and the community, in which he acknowledged that Brown's body should have been removed from the street much sooner than it was. The young man's remains lay uncovered for more than four hours while police collected evidence.

The parents, both wearing T-shirts with messages about their son, talked hesitantly about their emotions following their son's death. McSpadden said she feels lost and helpless, and her life will never be normal again. "I have to find a new normal," she said haltingly.

"I'm empty," Brown said quietly. "There's nothing there anymore. It's hard to fill that spot with other happiness."

Brown's parents are in the nation's capital to meet with lawmakers and lobby Congress to pass a law requiring police officers to wear cameras during their interactions with the public. They also called on the Justice Department to take over the criminal investigation into the shooting. The Justice Department is already investigating whether Brown's civil rights were violated, and a county grand jury is weighing whether to indict Wilson.

"All of our eyes see the same thing, that it was wrong, an injustice," McSpadden said. "Why wouldn't they come back with an indictment?"

Attorney General Eric Holder has met Brown's parents, and they hope his coming departure won't affect the case. Holder announced his resignation Thursday. "I've got confidence in him in that he will make sure that what needs to be done is done before he exits," McSpadden said.

The parents also expressed anger at Ferguson police who wore bracelets in support of Wilson. In a letter released Friday, the Justice Department asks Jackson, the police chief, to "confirm our understanding" that officers in the suburban St. Louis County department won't wear "I am Darren Wilson" bracelets while on duty.

Ferguson residents complained about the black bracelets with white lettering at a meeting with federal officials. The Brown's family lawyer, Benjamin Crump, said the bracelets give an impression that the police lack impartiality in this case.

"It lets me know how they really feel about the situation, and the wrongness that they do," McSpadden said.

Brown's parents talked with lawmakers during the Congressional Black Caucus' legislative conference weekend and plan to keep on lobbying. "I ask Crump all the time, 'What else can I do?' McSpadden said.

Brown Sr. called their efforts a fight for human rights. "They say that this is America, but we're not being treated like we're Americans. Our fight here is to just open other eyes and understand how we're feeling and try to get something done about it."

McSpadden said her son was taught to respect his elders.

"I taught my son respect for a policeman, for you, for this woman, for anybody, so if he felt like he was doing nothing wrong, which I don't believe he was, why would he be in fear of him? You're not supposed to fear the police."