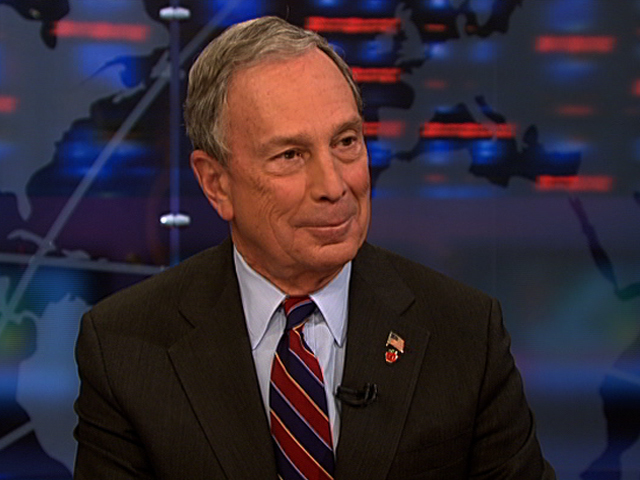 New York City mayor Michael Bloomberg - who is often discussed as a potential third party candidate for the presidency in 2012 - told CBS News' Katie Couric Wednesday there is "nothing" that would compel him to enter the coming presidential race.

"I'm not going to run for president, period," he said. "End of story."

"I think at my age ever is the easy thing to say," Bloomberg, who is 68, responded with a laugh.

Couric pressed Bloomberg: "Really, so this videotape is not going to come back to haunt you?"

He said it would not.

"I'm not going to run for president," he repeated (Watch the exchange above.)

In a speech Wednesday morning, Bloomberg said both parties have "abdicated their responsibility" in helping the country recover from the recession. He argued they spend "more time and energy conducting partisan warfare than forging centrist solutions to our toughest economic problems."

You can see more of the interview on tonight's CBS "Evening News," and check out the entire conversation here.