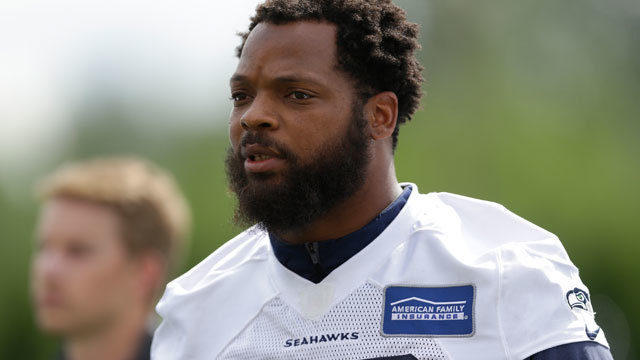 LAS VEGAS -- Police acted appropriately and professionally detaining Seattle Seahawks defensive end Michael Bennett when he ran from a casino as officers searched for an active shooter following a report of gunfire at an after-hours club on the Las Vegas Strip, the head of the Las Vegas Metropolitan Police Department said Friday.

A review of hundreds of videos, including police body-worn cameras, found no evidence that the three officers who had direct contact with the NFL star early Aug. 27 profiled Bennett by race or used excessive force, Clark County Sheriff Joe Lombardo said.

"Mr. Bennett has a valid perspective as a person who experienced a reasonable-suspicion stop for a felony crime," Lombardo told reporters. "Those who experience such a stop, especially when they have not committed a crime, are not likely to feel good about it."

Bennett committed no crime, the sheriff said. But he was detained at gunpoint, handcuffed and seated for about 10 minutes in the back of a patrol car until police searching the crowded casino just hours after an Aug. 26 boxing match between Floyd Mayweather Jr. and Conor McGregor concluded that what people thought was gunfire was actually the sharp sound of velvet rope stands knocked to a tile floor during a scuffle.

Video shows an officer with his gun out while handcuffing Bennett as he lies prone in a traffic lane on Las Vegas Boulevard outside the Cromwell casino.

But Lombardo said there was nothing to support Bennett's allegation, made in a Twitter post more than a week later, that an officer put a gun to Bennett's head and threatened to blow his head off.

"From the evidence we have at this point, we don't know (the officer) said that," the sheriff said.

Bennett's post, titled "Dear World," said, "Las Vegas police officers singled me out and pointed their guns at me for doing nothing more than simply being a black man in the wrong place at the wrong time."

Bennett announced in early August that he would sit during the national anthem this season to protest social injustice and was one the first NFL players to protest this year. He made the decision before protests by white supremacists at the University of Virginia. But Bennett said his decision was solidified by what happened in Charlottesville, Virginia, including the death of a young woman who was struck by a car deliberately driven into a group of counter-protesters.

Bennett has remained one of the most outspoken pro athletes on numerous social issues. Last month, he held a benefit for the family of a pregnant black woman who was fatally shot by two white Seattle police officers in June. Police said the woman threatened the officers with at least one knife after calling 911 to report that someone had broken into her apartment and stolen video-game consoles

"There's nothing to go on, no description, other than you see this big black man running," the attorney added. "He was running like everyone else, trying to get away."

Burris said the officer's gun was near Bennett's while he was being handcuffed, and he said he heard profanity in audio recordings captured on body-camera video. Burris said he heard no reference to race.

"There's a dispute over whether he threatened to blow his head off," the attorney said. "But there's no question that the officer said, 'Keep your hands up and keep them where I can see them.' "

Lombardo used a stop-motion narrative of casino surveillance video showing Bennett appear to dart behind a row of slot machines, and then body camera video from a sergeant joining the chase when officers noticed him running.

Neither Lombardo nor the executive of the 3,000-member Las Vegas police officers' union, who attended the media briefing, identified the officers involved in the incident.

The officer who chased Bennett and handcuffed him didn't have his body camera on at the time, Lombardo said, and might face departmental discipline.

Otherwise, "I believe they acted appropriately and professionally," the sheriff said of the officers.

The ACLU released a statement saying "apparent that the most inflammatory claim made by Michael Bennett against the department – that an officer held a gun to his head and threatened him – has not been confirmed or denied as a result of the investigation," CBS affiliate KLAS reports.