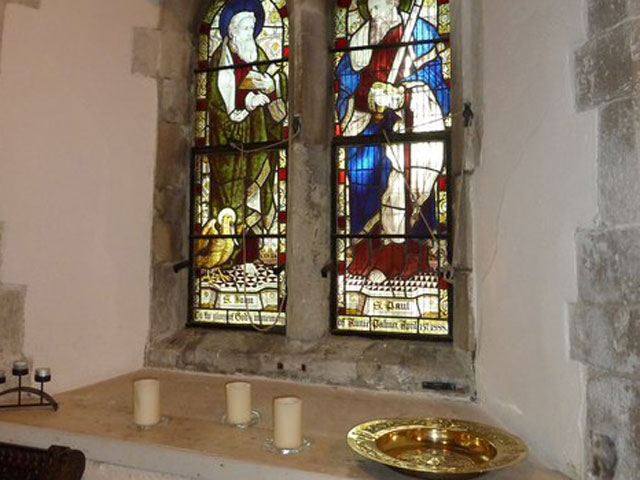 (CBS/AP) JACKSON, Mich. - Alan Fiddler, a Michigan man who authorities say dressed like a priest and stole a collection plate that contained about $3,600 during Mass, has been sentenced to at least four years in prison.

A Jackson County Circuit Court judge sentenced the 52-year-old to 4 to 20 years for the November theft of a collection plate from St. John Catholic Church. Upon issuing sentence, the judge noted that Fiddler had nine parole violations on his record.  Fiddler pleaded no contest in February to larceny charges, reports The Jackson Citizen Patriot.

Defense lawyer Michael Dungan says Fiddler has mental-heath problems but knows the difference between right and wrong. At the time the collection plate was taken, Fiddler was on parole in another theft case.