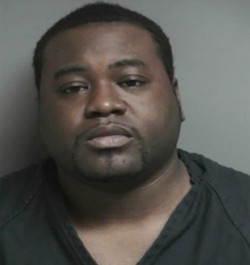 The first degree charge carries a penalty of at least 25 years in prison due to the age of the victim.

Brooks, who worked as a janitor at the girl's charter school before his arrest in September 2011, was accused of having sex with the child while he was living with the girl and her mother, his then-girlfriend, at their home in Mount Clemens.

The now 12-year-old girl gave birth last August and said that she didn't know she was pregnant until she had the baby. Currently, both she and the baby are under the care of state protection services.

Sentencing for Brooks is scheduled for September 27.