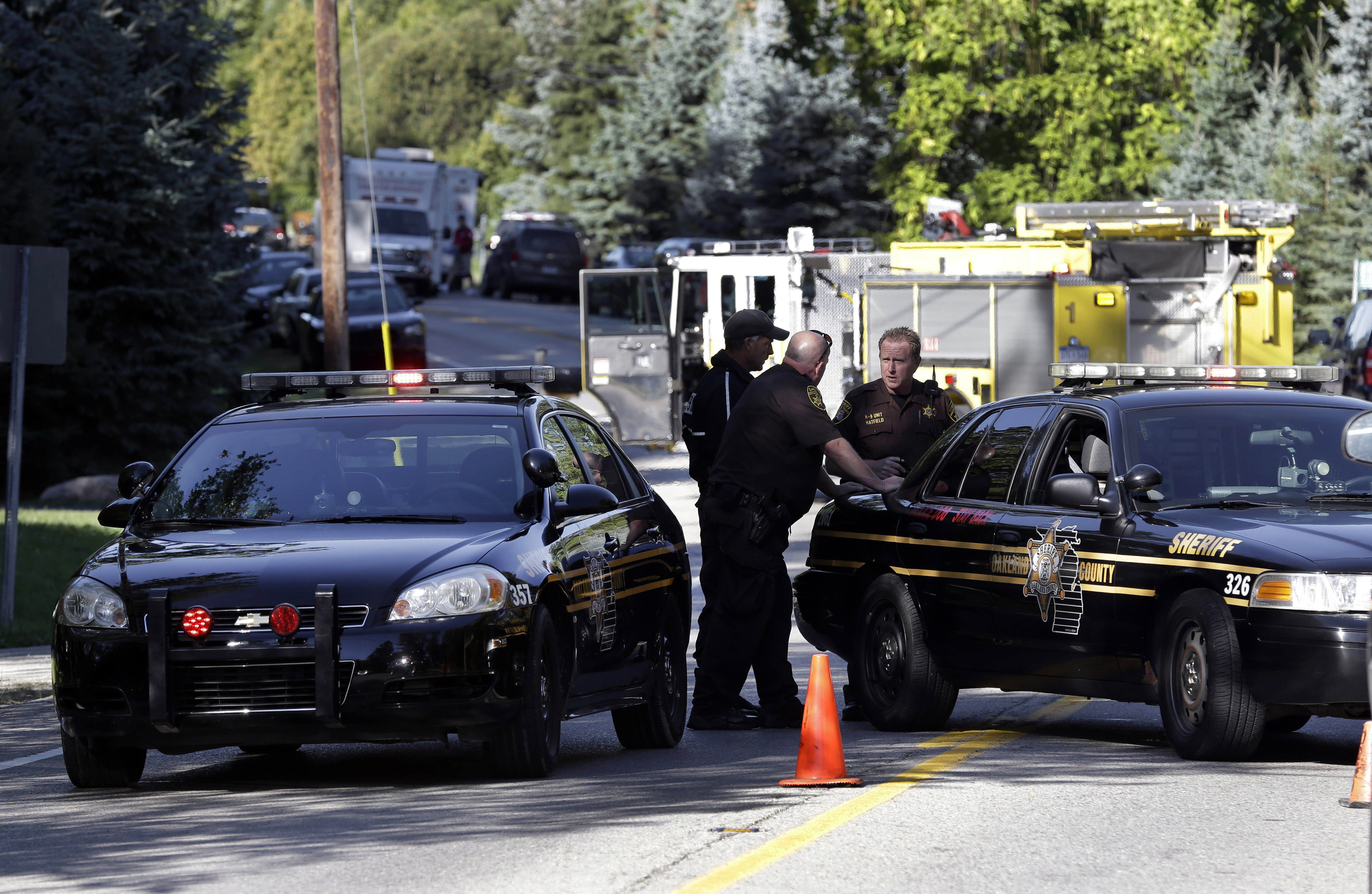 (CBS/AP) WEST BLOOMFIELD TOWNSHIP, Mich. - A man suspected of gunning down an officer who responded to a trouble call in an affluent Detroit suburb was found dead inside his house Monday evening, police said.

A search team entered the suspect's home about 6 p.m. and found the body of Ricky Coley, said West Bloomfield Township police Lt. Tim Diamond. Diamond said it was not immediately clear if Coley killed himself.

Police had been surrounding the home of the 50-year-old former auto executive since Sunday night, when an officer was shot to death while responding to a report of a possible suicide attempt or medical emergency.

Coley was having legal and financial problems in his business and was recently divorced.

Officer Pat O'Rourke was one of four or five officers who responded to the call. He was killed when shots were fired through a bedroom door and wall, police said.

Authorities found Coley's body about an hour after sending in demolition equipment to tear open the house. TV stations aired aerial video of construction equipment clawing away at the second floor. At least two armored vehicles were also in the upscale neighborhood, which was evacuated after O'Rourke was gunned down.

Police in the Oakland County community sent a team about 10 p.m. Sunday after getting a 911 call that Coley had tried to kill himself or needed medical attention, Diamond said. Officers called Coley's name as they climbed the stairs to the second floor and were met by shots, Diamond said.

Coley was alone in the house Monday afternoon. Volleys of gunfire were heard hours earlier, but it was unclear who fired them.

Before authorities sent in the big machine, Diamond said the sheriff's department was "trying to persuade this guy into a peaceful resolution."

The U.S. Labor Department recently filed a lawsuit accusing Coley of mishandling money that was supposed to cover employee insurance at a Bad Axe, Mich., trucking company, Translogic Auto Carriers, which has been controlled by CNC since 2008.

The lawsuit says Coley also transferred $342,000 from Translogic to himself or his affiliates. Creditors forced Translogic into bankruptcy court in 2010.

O'Rourke, a West Bloomfield officer for 12 years, was married and had four children. In a memo to fellow officers, Lt. Curt Lawson said a "scene can turn in unexpected ways," despite the best training and preparation.

CBS affiliate WWJ reports a vigil will be held for O'Rourke in front of the West Bloomfield Township Police Department Tuesday night.

"We are experiencing tremendous grief over the death of Officer O'Rourke," West Bloomfield Township Supervisor Michele Economou Ureste said in a statement, according to WWJ. "We are joining with members of the West Bloomfield Clergy Association to honor the memory of this hero who was lost to a senseless act of violence.

Officers closed roads in the area and evacuated at least 10 families from their homes.