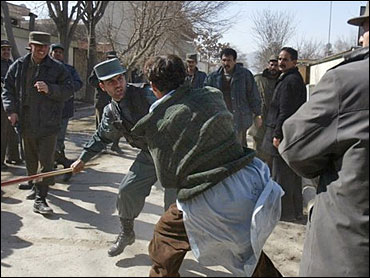 Miami's fall from the ranks of college football's elite appears to be short-lived.

Scott Covington threw for 320 yards and two TDs, including an 80-yarder to Santana Moss, as Miami (9-3) rolled up 594 yards of offense to cap its comeback season from three years of NCAA sanctions.

"We did it. This program did it," said Covington, named the game's Most Valuable Player after completing 17-of-24 passes without an interception. "Starting last January, when we hit the weight room, we've done everything as a team that we've been asked to do."

James, considering early eligibility for the NFL draft, rushed for 156 yards on 20 carries, his seventh consecutive 100-yard outing. His two TDs gave him 19 for the season, 15 in that seven-game span.

"It means an awful lot," said James, who plans to go over his options next week with coach Butch Davis. "The coaches called the right plays and we just did our thing."

N.C. State (7-5) did manage 498 yards of offense, including 201 yards passing by Jamie Barnette, but two potential scoring drives were thwarted deep in Miami territory. One ended on Danny Deskevich's first missed kick of the season and the other on an interception of a pass that bounced off an official's head.

The Hurricanes came up with five interceptions, including two in a span of four plays.

"When you have to score every time you touch the football, it's tough against a team like Miami," N.C. State coach Mike O'Cain said.

Barnette ran one yard for a

first-half TD and hit Chris Coleman with a 7-yard scoring pass in the fourth quarter. Rahshon Spikes led the Wolfpack with 176 yards rushing, including a 30-yard TD. Coleman picked up some of the receiving slack with six catches for 98 yards.

The 69 points were a record for the 9-year-old bowl, previously played under the Blockbuster and Carquest monickers. Miami's 46 points tied a school bowl record.

The Hurricanes, who won four national titles between 1983 and 1991, were penalized more than 30 scholarships in 1995 for the misuse of Pell Grant funds in the early 1990s.

Things bottomed out last year when Miami went 5-6, its first losing season since 1979. The Hurricanes bounced back this year to finish second in the Big East and upset previously unbeaten UCLA 49-45 in the regular-season finale.

"This is a tribute to the energy and effort these kids put out over the last 11 months," Davis said. "This is directly related to the amount of perseverance the team had."

The hurricanes picked up Tuesday night where they left off against UCLA, piling up 342 yards in grabbing a 27-10 halftime lead. N.C. State had 249 yards in the half.

James put the Hurricanes in front for good with his first TD, a 5-yard run for a 14-7 lead with 3:15 left in the first quarter.

The Wolfpack drove to the Miami 10 after the ensuing kickoff, but came away empty when Deskevich was wide right on a 30-yard field goal. The walk-on had made all 12 of his field-goal attempts and 29 extra points during the regular season.

Miami took advantage on the next play. Covington found Moss streaking down the right sideline and hit him in full stride for an 80-yard TD and a 20-7 lead.

N.C. State lost another scoring opportunity with seven seconds left in the half. Barnette's pass from the Miami 20 hit umpire Jim Ina in the head, caromed straight up and was intercepted by Matt Sweeney.

"We lost the ballgame in the first half when we didn't put any points on the board when we had the ball inside the 20 three times," O'Cain said.