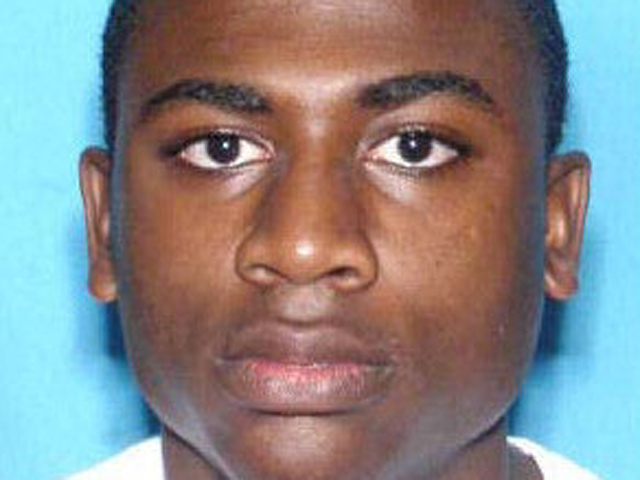 (CBS/WFOR) NORTH MIAMI - Police are searching for an 18-year-old Miami man who they say allegedly strangled his 63-year-old lover to death and tried to hide evidence by mailing it to himself.

Dwayne Lebarr Jr., who police suspect is still in South Florida, is being charged with second degree murder and grand theft in the death of Craig Douglas Wolfe, reports CBS Miami.

Investigators say they intercepted a shipment Lebarr sent himself using Wolfe's credit card and found the bloody clothes they suspect the teen was wearing when he allegedly strangled the older man, CBS Miami reports. They also found a digital camera and a laptop, which they believe Lebarr stole from Wolfe.

"The items we recovered suggest that Lebarr Jr. was attempting to conceal critical evidence related to the crime, however, we are still actively investigating this case," Miami-Dade Detective Roy Rutland told The Miami Herald.

According to CBS Miami, Lebarr notified police on June 15 of the 63-year-old's death, telling them he found Wolfe's body inside his apartment, the arrest affidavit reveals. Lebarr told investigators that he had met Wolfe online about a month ago and had "engaged in a relationship with him."

Police say Wolfe, who had been strangled, had a laceration on his head, CBS Miami reports.

According to the station, Police said Lebarr, who had Wolfe's car keys and cell phone, was taken to police headquarters where he agreed to speak to homicide detectives without an attorney present. After Lebarr took a polygraph test and police told him some deception was noted, Lebarr demanded an attorney and refused to answer any questions.

Police reportedly allowed him to leave.

Investigators say they found Lebarr had used Wolfe's credit card after his death to purchase food, electronic equipment and other items, CBS Miami reports. They tracked his movements to the UPS store where he shipped the suspicious items to his home.