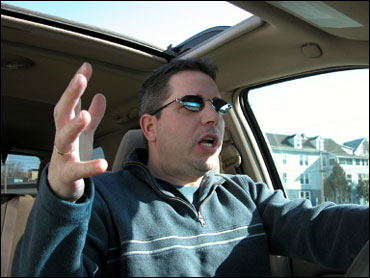 For the second consecutive year, rude Miami drivers have earned the city the title of worst road rage in a survey released Tuesday.

Miami motorists said they saw other drivers slam on their brakes, run red lights and talk on cell phones, according to AutoVantage, a Connecticut-based automobile membership club offering travel services and roadside assistance.

Other cities near the top of the rude drivers list were New York, Boston, Los Angeles and Washington, D.C.

"You don't want to know what I've seen," Pinto said. "I've seen everything. I'm from L.A., and we don't see the crazy drivers that you see here."

The most courteous drivers can be found in Portland, Ore.; Pittsburgh; the Seattle-Tacoma area; St. Louis; and Dallas-Fort Worth, the survey found.

Minneapolis-St. Paul was rated the most courteous city in 2006 but fell to No. 12 this year.

The most frequent cause of road rage cited in the survey was impatient motorists. Drivers also said road rage can stem from poor driving in fast lanes and driving while stressed, frustrated or angry.

"The best piece of advice is to take a deep breath. Slow down, be aware and be careful," AutoVantage spokesman Todd Smith said, adding the aim of the survey is to increase driver safety across the nation.

More than 2,500 drivers who regularly commute in 25 major metropolitan areas were asked to rate road rage and rude driving in telephone surveys between January and March. The survey was conducted by Prince Market Research has a margin of error of plus or minus 2 percentage points.

Residents in the following 25 cities were surveyed and are listed in order from those reporting the most incidents of road rage to the fewest: