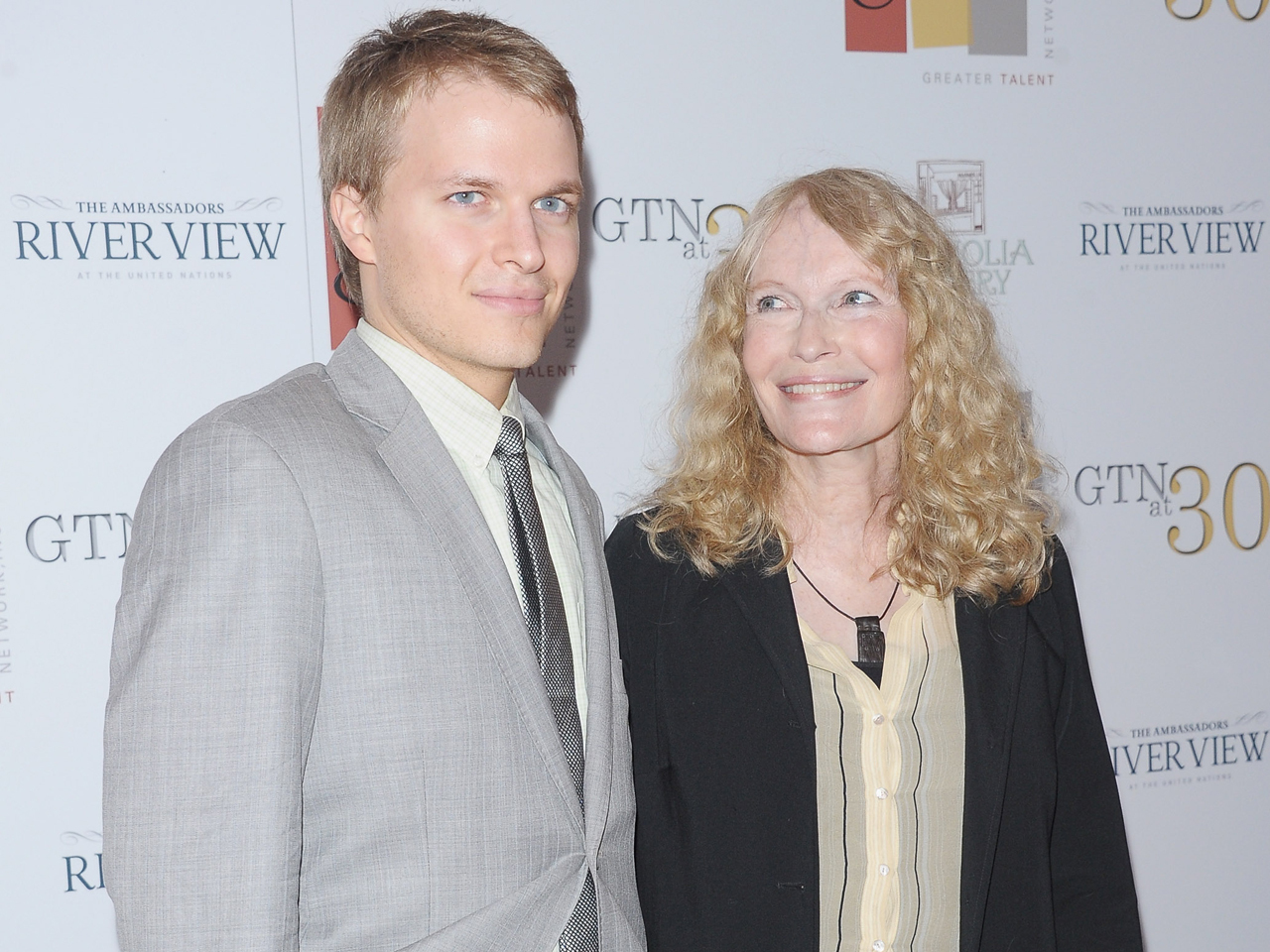 Mia Farrow says that it's possible her son with Woody Allen is instead Frank Sinatra's.

Farrow, 68, told Vanity Fair that she and Sinatra "never really split up." When asked if Ronan Farrow might actually be Sinatra's son, she answered, "Possibly."

A representative for Allen, 77, told The Associated Press, "The article is so fictitious and extravagantly absurd that he is not going to comment."

Mia Farrow was married to Sinatra for 18 months. Asked about the Sinatra family's relationship with Ronan, the singer's daughter, Nancy Sinatra Jr., told the magazine he "is a big part of us, and we are blessed to have him in our lives."

Farrow and Allen had a 12 year relationship but split in 1992, when the actress discovered the director was having an affair with her adopted daughter from another marriage, Soon-Yi Previn, now Allen's wife. A lengthy custody battle followed for Ronan and the couple's two other children, in which Farrow accused Allen of sexually abusing their adopted daughter Dylan.

"I'm scared of him, his image," Dylan told Vanity Fair, refusing to say Allen's name. "I have never been asked to testify. If I could talk to the 7-year-old Dylan, I would tell her to be brave, to testify."

Allen's attorney continued to deny the allegations in a statement to the magazine.

Ronan Farrow graduated from college at 15 and went to Yale Law School before becoming a Rhodes scholar and special adviser to the Secretary of State for global youth issues.