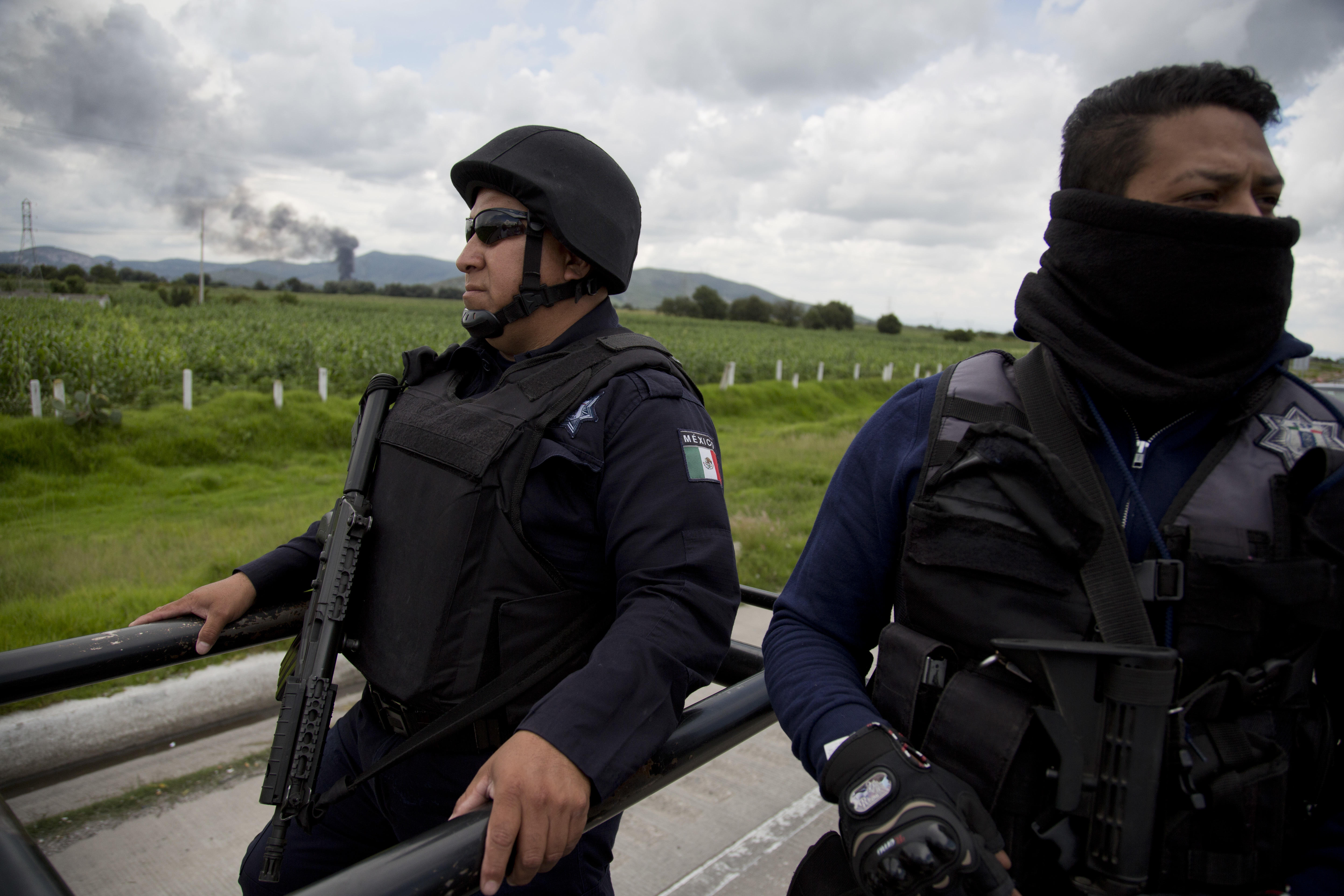 Authorities accuse the unidentified suspect of being "one of the important leaders of a gang dedicated to fuel theft, taking fuel from the town of San Martin Texmelucan, which generates violence."

In the detainee's house, around 60 miles east of Mexico City, there were also blankets with threatening messages apparently signed by the Jalisco NE Generation Cartel.

Such blankets are often left by drug traffickers with the bodies of their victims, police commissioner Victor Torres Moreno told the same press conference on Thursday.

Fuel theft has led to millions in losses for Mexican state-owned petroleum company Pemex, and Puebla state is a hotspot for the crime, with gangs sometimes colluding with employees and corrupt police.

As of May 2, a total of 119 police officers in San Martin Texmelucan -- including the force's director -- had been dismissed on suspicion of such collusion.