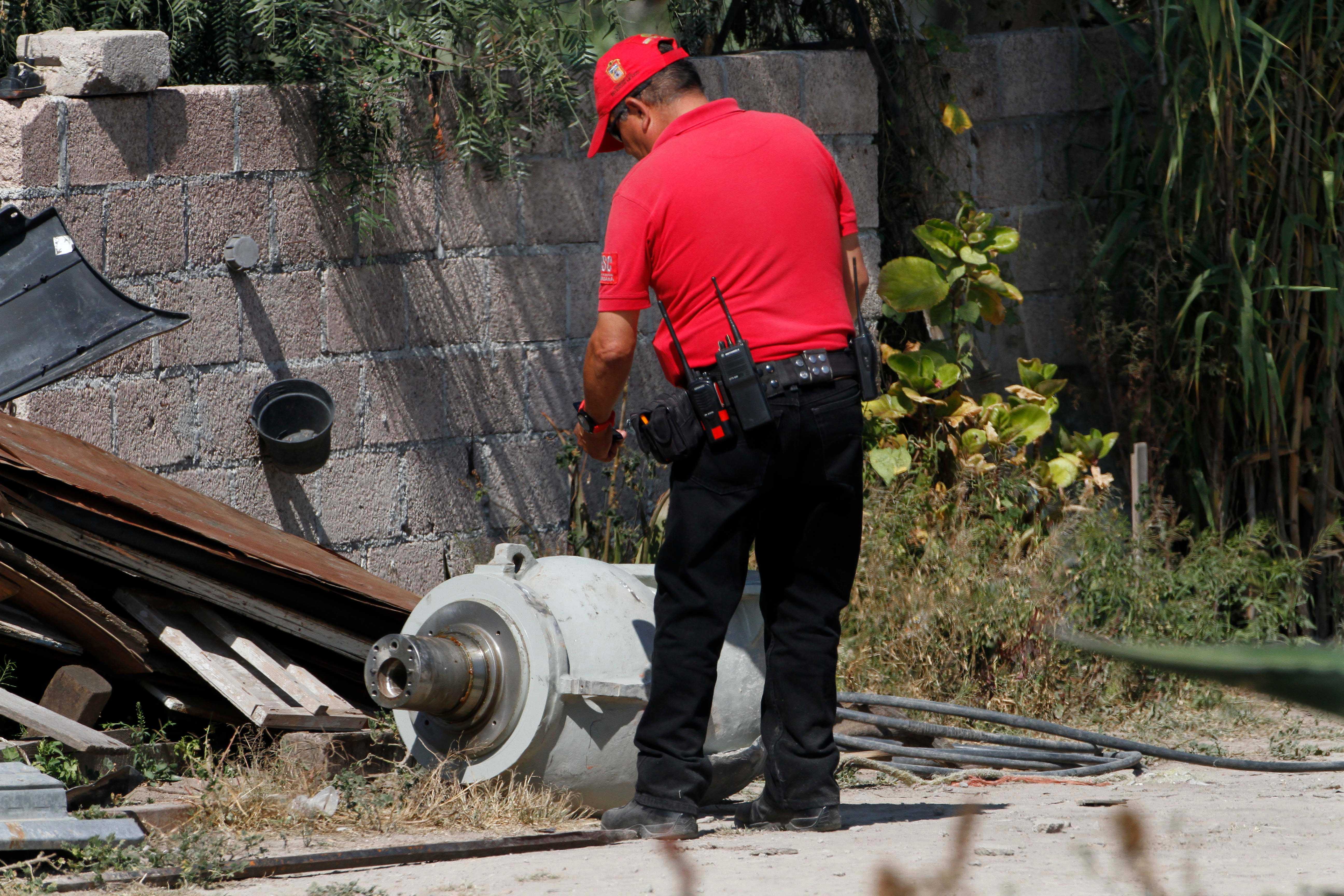 PACHUCA, Mexico -- Federal police blocked access Friday to a central Mexico hospital where six people were reported to have been admitted with radiation exposure.

An official familiar with the case confirmed Mexican media reports that the six have been admitted to the general hospital in the city of Pachuca and may have been exposed to a stolen source of cobalt-60.

The official, who spoke Friday on condition of anonymity because she was not authorized to be quoted by the media, said only one person was dizzy and vomiting, which are symptoms of severe radiation poisoning. She said two people were admitted on Thursday and four more Friday. She did not provide any other details.

The International Atomic Energy Agency said the cobalt has an activity of 3,000 curries, or Category 1, meaning "it would probably be fatal to be close to this amount of unshielded radioactive material for a period in the range of a few minutes to an hour."

"What I I was told yesterday is that there might be two people with severe radiation syndrome, but I do not have confirmation," said Juan Eibenschutz, director general of Mexico's National Commission of Nuclear Safety and Safeguards.

The shipment of radioactive cobalt-60 went missing early Monday when thieves stole the cargo truck in which it was being hauled.

The theft triggered alerts in six Mexican state and Mexico City, as well as international notifications to the U.S. and the International Atomic Energy Agency in Vienna.

It raised concerns that the material could have been stolen to make a dirty bomb, a conventional explosive that disseminates radioactive material. But Mexican officials said that the thieves seemed to have targeted the cargo truck with moveable platform and crane, and like didn't know about the dangerous cargo.

The truck was found abandoned Wednesday about 40 kilometers (24 miles) from where it was stolen, and the container for the radioactive material was found opened. The cobalt-60 pellets were left about a kilometer (half mile) from the truck in an empty rural field, where authorities said they were a risk only to anyone who had handled them and not the surrounding population.

U.S. law enforcement sources told CBS that the casing shielding the radioactive material had been tampered with.

The material was from obsolete radiation therapy equipment at a hospital in the northern city of Tijuana and was being transported to nuclear waste facility in the state of Mexico, which borders Mexico City.

Eibenschutz said authorities continued to work on Friday at the site in Mexico state where the material was found to extract it safely.