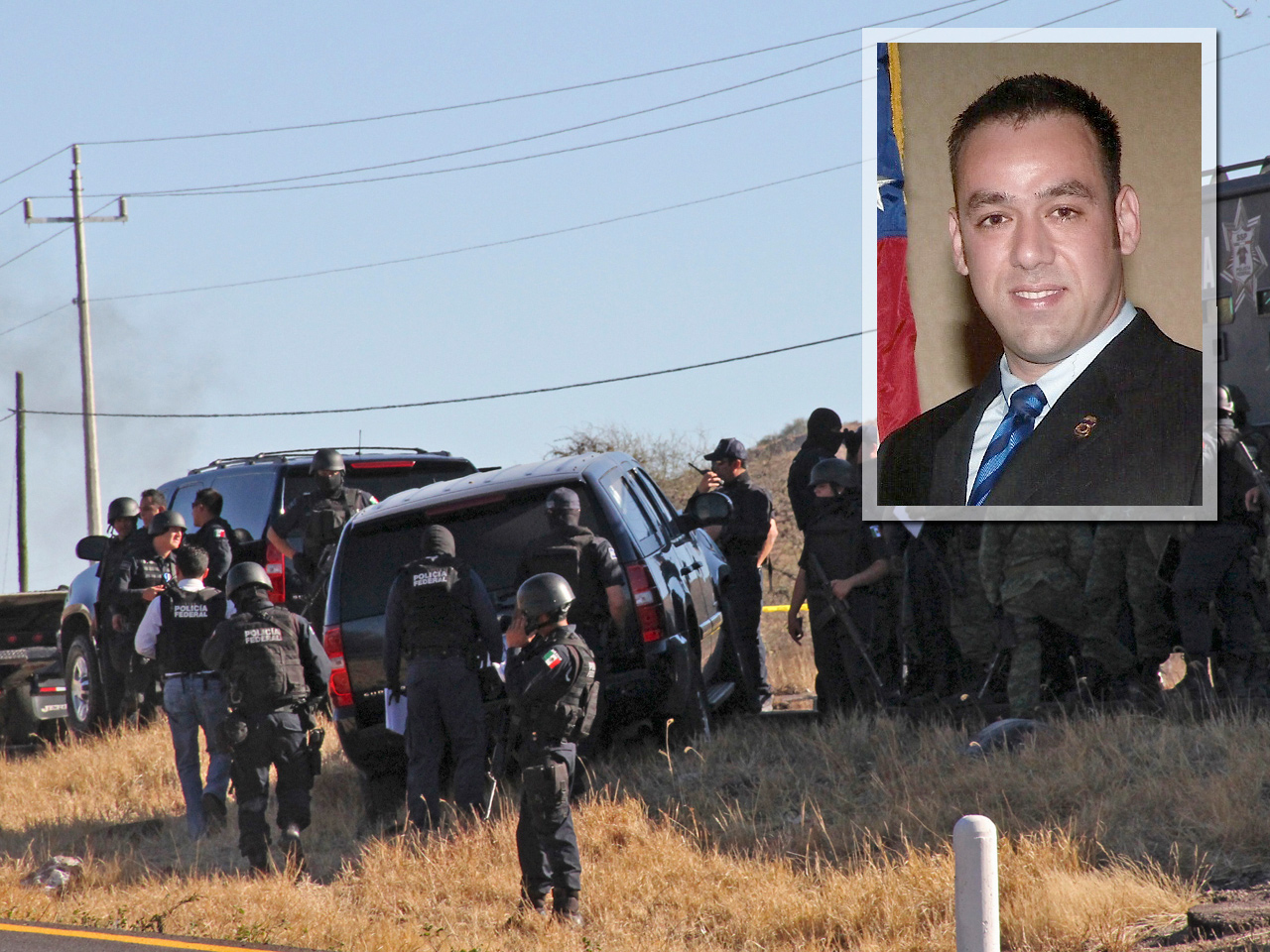 MEXICO CITY - Mexican authorities say they have arrested another drug cartel suspect allegedly linked to the killing of a U.S. agent.

The Public Safety Department says its federal police captured Mario Jimenez Perez on March 5 along with 16 other suspects.

It alleges that Jimenez is the finance chief for the Zetas gang in San Luis Potosi.

The state is where U.S. Immigration and Customs Enforcement agent Jaime Zapata was shot to death Feb. 15. A second agent was wounded.

The department did not give any details Wednesday about Jimenez's alleged involvement in the shooting.

Suspect Julian Zapata Espinoza — known by the nickname "El Piolin," or Tweety Bird, apparently because of his short stature — told Mexican soldiers that a group of gunmen from the Zetas mistook the officer's vehicle for one used by a rival gang.

U.S. Immigration and Customs Enforcement agent Jaime Zapata was shot to death and fellow agent Victor Avila was wounded while driving on a highway near the northern city of San Luis Potosi on Feb. 15.

"That event occurred because of the characteristics of the vehicle, given that they (the suspects) thought it was being used by members of a rival criminal group," an army spokesman, Col. Ricardo Trevilla, said.

The two agents were in a Chevrolet Suburban. Mexico's drug cartels frequently set up roadblocks and ambushes to steal large SUVs and pickups, vehicles they like to use.